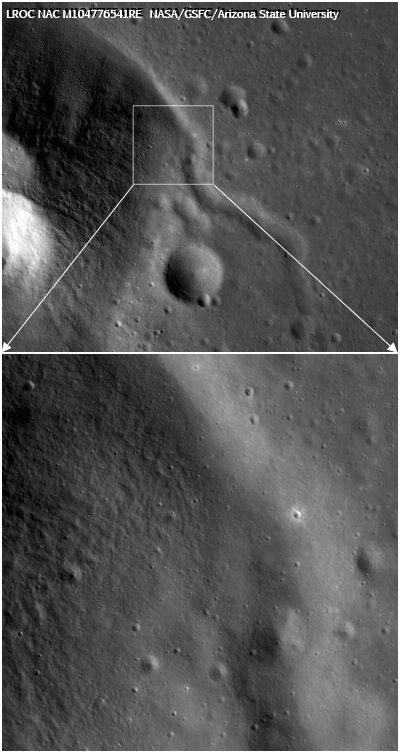 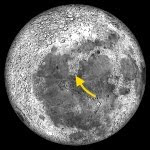 A small rille hugging the contours at the base of Gruithuisen Gamma, at the contact between the dome and the surrounding mare. The Featured Image is 1.6 km wide, illumination is from the left, NAC frame M104776541R [NASA/GSFC/Arizona State University].

The Gruithuisen Domes, a Constellation program region of interest, are located on the northeast border of Oceanus Procellarum at the highlands-mare boundary. The three Gruithuisen domes are named for nearby Gruithuisen crater. The two largest domes have been unofficially referred to for many years as Gruithuisen Gamma and Gruithuisen Delta, with the smallest dome called NW (for "northwest"). 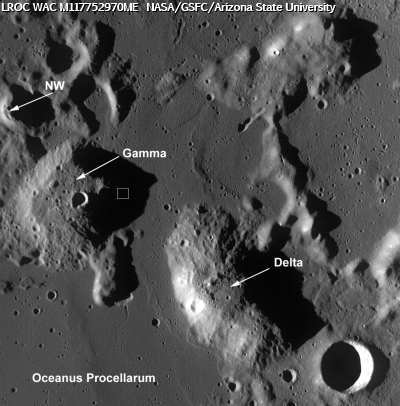 Three of the Gruithuisen domes and surrounding terrain in LROC Wide-Angle Camera frame M117752970. Field of view width is 64 km and illumination is from the west-southwest (left). (The approximate location of the Featured Image is within the small white square enshrouded in the late afternoon shadow of Gruithuisen Gamma) [NASA/GSFC/Arizona State University].

The Gruithuisen domes are classified by lunar scientists as "nonmare" volcanic domes. This is because we know from Earth based telescopes, Lunar Prospector (1998-1999) gamma-ray spectroscopy data, and Clementine (1994) multispectral data that the domes are composed of materials different from either the mare or highlands.

The Gruithuisen Domes are characterized by a relatively high albedo and strong absorptions in the visible and ultraviolet, and the domes are low in iron and titanium compared to the volcanic deposits of the lunar mare. Previous studies of this region showed that Gruithuisen may represent a lunar analog to terrestrial rhyolites, dacites, or basaltic andesites, which are characterized by viscous lava and low extrusion rates. In comparison, mare volcanic domes (like the Marius Hills and Hortensius, also Constellation Regions of Interest) are similar to mare basalts in composition and are generally flatter, smaller, as well as more common on the lunar surface. 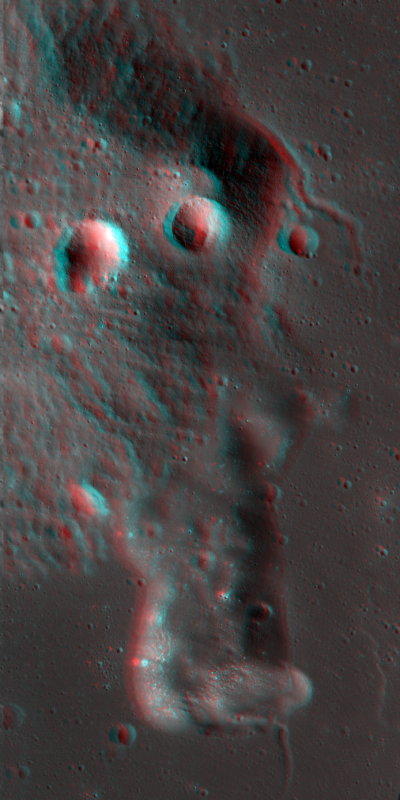 Due to the unique nature of the Gruithuisen Domes, they are a high-priority target for future human lunar exploration.

What geologic process created these domes here -- and when? How did the magmas that formed the Gruithuisen domes differ from the magmas that formed the highlands and the mare? Since significant scientific questions remain about the mechanics of lunar mare formation, understanding how the Gruithuisen Domes differ from typical mare basalts will enable us to answer these and other important questions about the formation and evolution of terrestrial planets.

Data from LROC and the other instruments aboard LRO, as well as data from other recent lunar missions, are helping us address these questions, although a true understanding of the region will only come when astronauts can explore it directly.

Plan your own adventure to the Gruithuisen Domes! 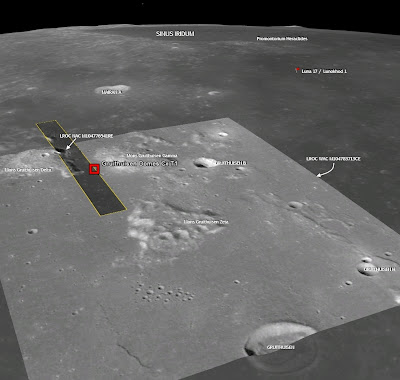 Some additional context for the Constellation Region of Interest at Gruithuisen, the full length and width of LROC Narrow-Angle Camera frame M104776541RE is set within Wide-Angle Camera frame M104783713CE, imaged during the same opportunity in LRO orbit 598, August 13, 2009, encompassing a field of view roughly 100 km in width. Both are, in turn, set together withing the lunar digital elevation model (DEM) available in Google Earth (v.5). The red placemark is the proposed center to the Constellation ROI (36.03°N, 319.86°E). On distant horizon is Sinus Iridum, on the northwestern edge of Mare Imbrium. The full image, available here, shows the ROI is a border land on small scales and large, located at the "confluences" of Mare Imbrium and Oceanus Procellarum. The distance between 17 km-wide Gruithuisen crater, at bottom right, and Sinus Irudum is approximately 300 km.
Posted by Joel Raupe at 4:30 PM