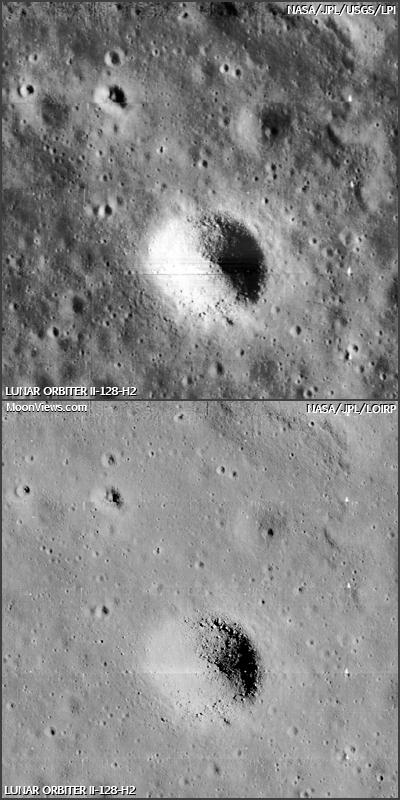 LUNAR ORBITER II-128-H2 - The Lunar Orbiter Image Restoration Project (LOIRP) has released a never before seen look at a series of frames originally taken in November 1966, showing the floor of Sinus Medii where the Moon's equator crosses the central meridian, or if you prefer, the direct center of the near side [NASA/JPL/USGS/LPI/LOIRP].
Contrast in quality between the best available view of the area for more than forty years, a site of puzzling surface morphology, in high-resolution frame 2 is particularly valuable.

While no comparable Narrrow-Angle Camera image from the new LRO (LROC) mission has yet been released to the Planetary Data System, investigators hope to make a rigorous examination images now being gathered now with those in the Lunar Orbiter (1966-1968) archive to more precisely measure surface changes over time.

LOIRP has been compared to a time machine, breathing new life into the ingeniously processed photography, originally shot, developed, scanned and then televised back to Earth in the months leading up to the first Apollo landings. Tapes of the original telemetry were meticulously stored and later later discovered. Before modern digital processing could be applied to the recordings it was necessary to reconstruct long obsolete tape decks and othe requipment. 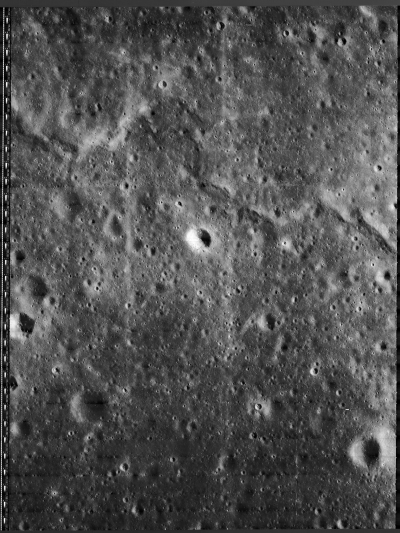 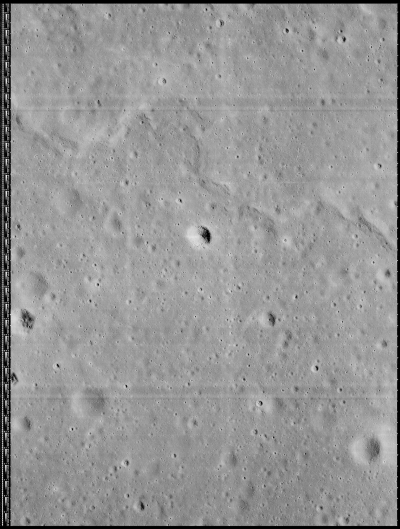 Because the LOIRP images are original images stacked from the archived telemetry, they can't properly be called restorations. Above is the more accurate digital rendering of the forty-three year old data digitized by LOIRP in 2010 [NASA/LOIRP].

A look at the full-resolution images is necessary to do justice to this remarkable work. See the release details HERE.
Posted by Joel Raupe at 9:48 PM