NASA's time to wait on Congress 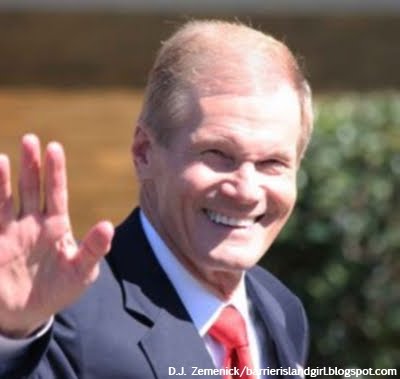 Senator Bill Nelson (D-FL), an early supporter of President Obama, has to decide if this Congress will have a voice in national space policy.
Joel Raupe

The White House and NASA's new administrators are apparently in a mad rush to absolutely purge the Constellation program, and they are short-circuiting Congress right out of that process.

Whatever the motives, after making the country wait for more than a year, throughout proceedings of a second Augustine commission, and afterward for the President to announce a recommendation, the White House is muscling past this Congress.

There is nothing improper or unusual in the White House pushing forward implementation of the President’s new proposal past this Congress. This kind of tug of war back and forth between the Legislative and Executive Branch has been almost continuous since the inauguration of George Washington. The system is designed that way.

Instead, Congress is definitely failing to defend its constitutional role by actually approving and perhaps even improving on the administration's proposals. The present Congress shoulders blame for not defending its prerogatives.

On Wednesday, May 26, Constellation program manager Jeff Hanley was simply ousted, moved to a deputy position at Johnson Space Center hours before a House committee sat down with NASA chief Charlie Bolden to resume hearings on the White House plan.

Days later NASA was trying to halt work on Ares citing federal contract irregularities and now the agency is citing budget shortfalls through the remaining four months of fiscal year 2010 as their excuse for stopping work on their unwanted Constellation program.

We can safely guess this White House dislikes anything at NASA even remotely reminding history about George W. Bush. The White House wants out of congressional mandates to continue implementation of space policy surviving from the time “Before Obama,” unswayed that the tired old law was expressly written forbidding any changes without congressional approval.

If Congress allows itself to be sandbagged one or two hairy problems with the administration’s space plan won’t properly be deliberated in the only commission that counts: the one elected by the people.
Posted by Joel Raupe at 2:07 AM