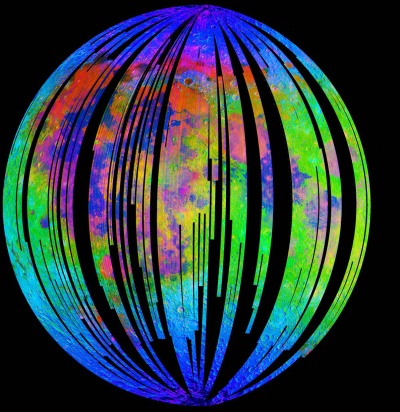 The composition of the Moon's surface, as mapped in unprecedented detail by the NASA-built Moon Mineralogy Mapper (M3), flown by the Indian Space Research Organisation (ISRO) Chandrayaan-1 lunar orbiter (2008-2009) [NASA].
Boardman and Pieters, et.al
AIG, LLC & Brown University; NASA JPL, USGS, University of Maryland, The Bear Flight Center, ACT, NASA GSFC & University of Tennessee
The Moon Mineralogy Mapper (M3), a NASA Discovery Mission of Opportunity, was launched October 22, 2008 from Shriharikota in India on board the Indian ISRO Chandrayaan-1 spacecraft for a nominal two-year mission in a 100-km polar lunar orbit. M3 was a high-fidelity imaging spectrometer with 260 spectral bands in Target Mode and 85 spectral bands in a reduced-resolution Global Mode. Target Mode pixel sizes are nominally 70 meters and Global pixels (binned 2 by 2) are 140 meters, from the planned 100-km orbit. The mission was cut short, just before halfway, in August, 2009 when the spacecraft ceased operations.

Despite the abbreviated mission and numerous technical and scientific challenges during the flight, M3 was able to cover more than 95% of the Moon in Global Mode. These data, presented and analyzed here as a global whole, are revolutionizing our understanding of the Moon. Already, numerous discoveries relating to volatiles and unexpected mineralogy have been published [1], [2], [3]. The rich spectral and spatial information content of the M3 data indicates that many more discoveries and an improved understanding of the mineralogy, geology, photometry, thermal regime and volatile status of our nearest neighbor are forthcoming from these data. Sadly, only minimal high-resolution Target Mode images were acquired, as these were to be the focus of the second half of the mission.

This abstract gives the reader a global overview of all the M3 data that were collected and an introduction to their rich spectral character and complexity. We employ a Principal Components statistical method to assess the underlying dimensionality of the Moon as a whole, as seen by M3, and to identify numerous areas that are low-probability targets and thus of potential interest to selenologists.

M3 Lunar Coverage Overview: M3 covered nearly the full Moon in Global Mode, but only collected a very small number of Target Mode images, due to the early demise of the spacecraft. There were a number of technical challenges during the mission that have complicated the data processing and calibration. These include thermal issues, loss of the star trackers and a raising of the orbit to 200-km in May of 2009. M3 was designed to operate over four three-month Optical Periods (solar beta angles 30 degrees or less).

Thermal issues caused us to also operate well outside these high-sun periods. M3 was able to complete two Optical Periods (OPs), each broken into sub-OPs based on instrument or spacecraft events and status. Figure 1 shows the M3 coverage during the five sub-OPs along with a cumulative coverage index of the gaps, the nearly full Global coverage and the limited Target images. 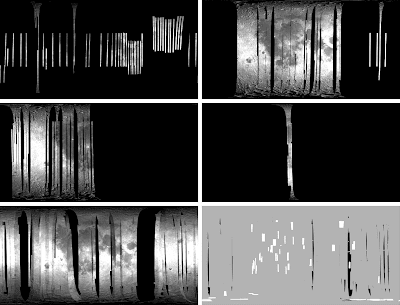 Figure 1: M3 coverages by five sub-Optical Periods (OP1a, OP1b, OP2a, OP2b, OP2c) and a cumulative coverage index (black/gray/white = gaps/global/target).
Spectral Dimensionality: Principal Components analysis is a simple, yet powerful, tool to begin to explore the M3 data dimensionality, its spanning spectral subspace and to quickly indentify lunar areas that are low-probability or anomalous. Figure 2 shows the eigenvalues on a log scale, for the entire Global dataset. 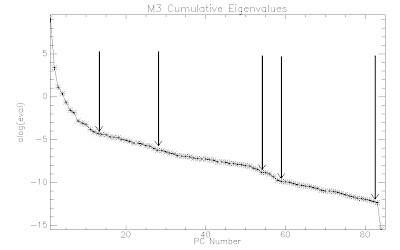 Figure 2: M3 full-mission Principal Component eigenvalues, plotted on a natural log scale with arrows delineating prominent breaks in signal-to-noise slope.
The M3 data set, treated as a global whole, has more than twelve distinct dimensions above the start of the noise floor. Indications of more subtle spectral signatures continue out to nearly dimension 60. As the calibration improves we expect the noise/artifact floor to lower and the signal space to increase in dimensionality. Figure 3 shows eigenvectors 1 through 12. 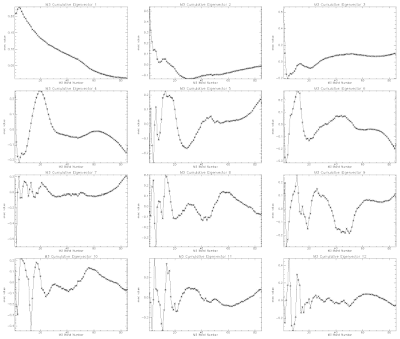 Figure 3: M3 full-mission Principal Component eigenvectors one through twelve.
The interplay of the spatial and spectral information is illustrated in Figure 4. It shows the PC images 1-10 for OP1b. While PC1 captures the familiar Moon, the RGB composites of PCs 2-10 begin to demonstrate the rich spectral diversity of the M3 Global data set. 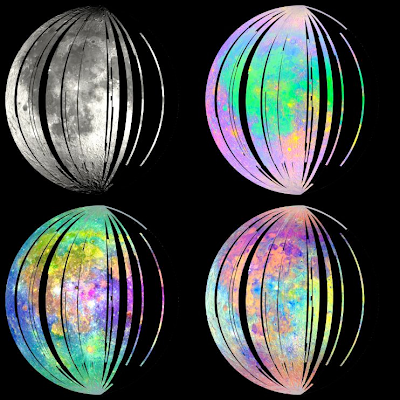 Figure 4: M3 Principal Component images (nearside hemispheric view of OP1b data): PC 1 (as grayscale); PCs 2, 3, 4; PCs 5, 6, 7; PCs 8, 9, 10 (as RGB).
Statistical Anomalies: The Principal Components describe and orient the data-spanning spectral subspace, through the eigenvectors and eigenvalues of the covariance matrix. They also define the complementary null space. A measurement of the power of each spectrum in the null space is a simple yet robust anomaly detection method. Figure 5 shows a reference image for OP1b data over a color-coded anomaly detection image. While some instrument and data artifacts are obviously exposed, many of the small contiguous areas represent local regions of low-probability spectral signatures and bear further investigation. 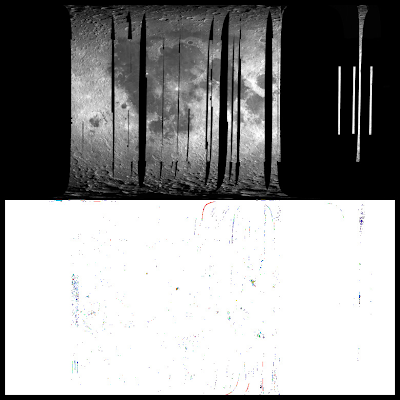