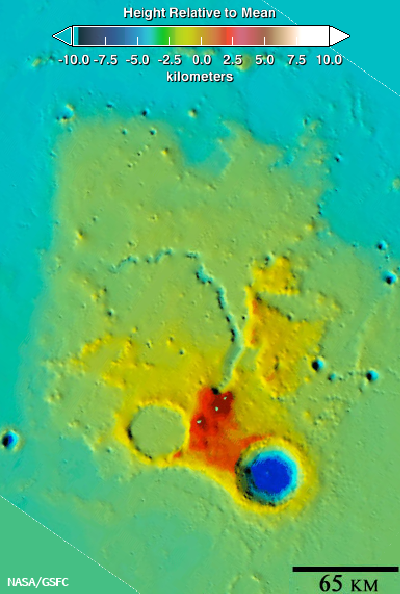 Aristarchus Plateau (located ~25°N, 310°E) is one of the more geologically interesting locations on the near side of the Moon. Originally slated to be the landing site for the canceled Apollo 18, Aristarchus Plateau demonstrates a different geochemical signature than the surrounding basalts in Oceanus Procellarum and Mare Imbrium.

Aristarchus has been studied by almost every lunar mission launched since the Apollo era - Clementine, Lunar Prospector, Chandrayaan-1, Selene (Kaguya) and LRO - as well as the Hubble Space Telescope.

Results from the Diviner instrument aboard LRO suggest that Aristarchus is granitic or rhyolitic in nature, which is rarely seen on the surface of the Moon. Granite and rhyolite are two rock types that form from "evolved" magmas, or magmas that have undergone a process that has separated out the heavier minerals (such as olivine and pyroxene, which are dominant in basalts) from lighter minerals (such as quartz and feldspars, which are dominant in granites and rhyolites). 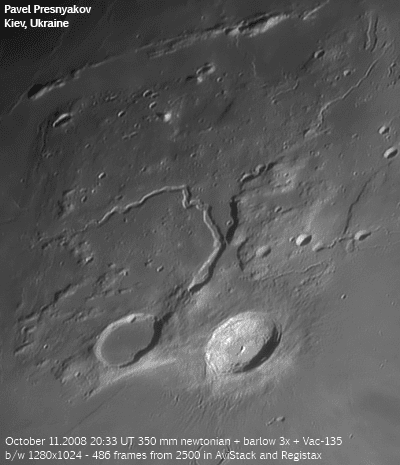 Detail from one of the better images of Aristarchus and it's older companion basalt-filled Herodotus and what LOLA's Image of the Week above starkly confirms as the spectacular high place between those craters, where the high cliffs of the Cobra's Head and the 165 km-long Vallis Schroter begins. Even in small telescopes the distinct topography and composition of the plateau stand out as a badge on Oceanus Procellarum [Pavel Presnyakov, Lunar Picture of the Day (LPOD) December 5, 2008]. 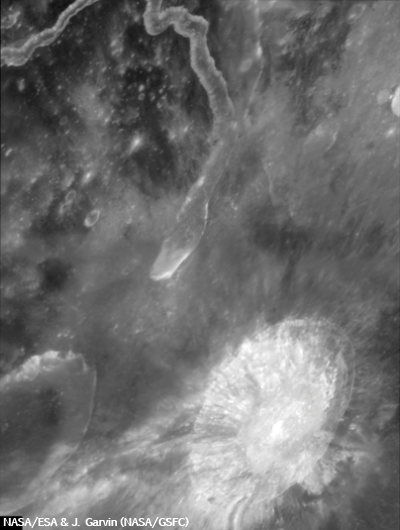 The otherwise nondescript high place of Aristarchus Plateau viewed in an uncharacteristically brief exposure by Hubble State Telescope. It's not difficult to see why Aristarchus crater is the single most often reported location for Transient Lunar Phenomena[NASA/ESA/GSFC]. 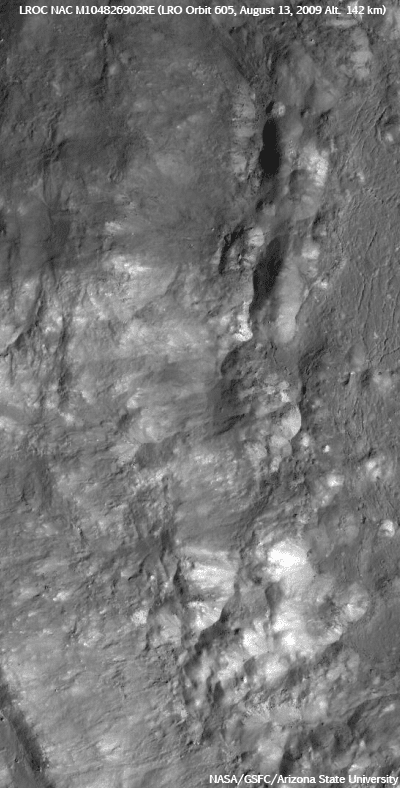 Even in the Commissioning Phase of the LRO mission, while still in a more relatively eccentric orbit that took the orbiter too three times it's present Nominal 54 km altitude over Aristarchus, a contrasting splash of material with higher albedo than most of its surroundings can be seen on the slumping western inner wall of Aristarchus Proper in this LROC Narrow-Angle Camera image (M104826902RE)[NASA/GSFC/Arizona State University.]
Posted by Joel Raupe at 6:45 PM