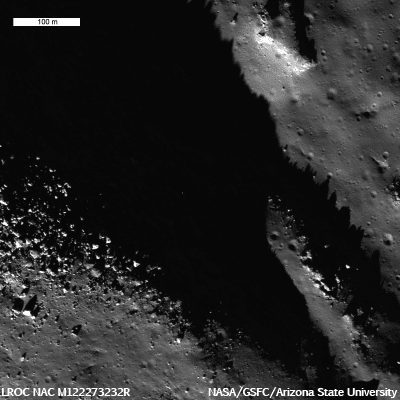 The lunar highlands are thought to have formed as a result of a global melting event early in the Moon’s history, during which plagioclase floated to the top of the ocean and solidified as an upper layer of anorthosite. The study of anorthosite occurrence is thus important for investigating the global magma ocean concept and the evolution/development of the lunar crust.

Anaxagoras is a 50 km diameter Copernican-Age crater (73.4°N, 349.9°E) with an extensive ray system (reaching over 900 km from the crater rim, in some directions) and a central peak of pure anorthosite, the material typical of the lunar highlands and believed to be the Moon's original global crust.

The central peak and the material ejected and deposited onto the floor of Goldschmidt crater to the east, indicates that the Anaxagoras crater-forming impact excavated pure anorthosite. Consequently it is one of the NASA Constellation Program regions of interest targeted by LROC to provide data that supports future human and robotic exploration of the Moon. 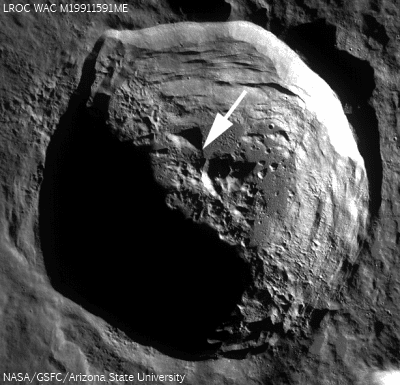 Figure 2: LROC Wide-Angle Camera (WAC) image of Anaxagoras. The arrow indicates location of the LROC News System's Featured Image, April 14, 2010. Anaxagoras is approximately 50 kilometers in diameter (LROC WAC M19911591ME, north is up).
Figure 3 (below) shows a section of the Anaxagoras crater floor, including a section of the anorthositic central peak complex. The crater floor is covered in relatively smooth impact melt; the melt in this image has degraded over time and is now covered by an upper regolith layer and displays numerous younger small impact craters. Sections of the central uplift protrude above the crater floor melt and are covered with large boulders. 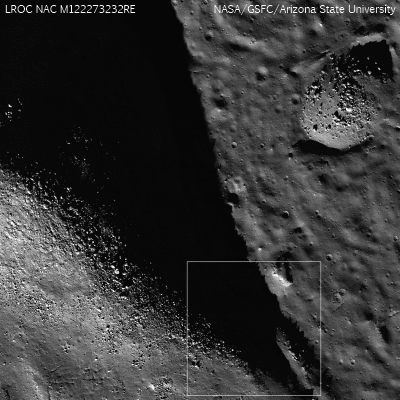 Figure 3: The boulders on the central peak ridge cast distinct shadows due to the low Sun angle. Image is ~1.8 km across and is re-sampled to 1.5 m/pixel for this posting. The white box shows the the location of today's main featured image. Image number M122273232RE [NASA/GSFC/Arizona State University].
The smaller mound, in the right of Figure 2, is covered with large boulders, up to 30 meters (90 feet) across. Since the boulders cluster on top of topographic highs and are rare on the surrounding flat surfaces, they most likely were not thrown in from afar but rather are eroding out of the substrate.
Figure 4 (below) details boulders on top of the central uplift. Beneath these loose boulders are more large blocks, most likely fractured bedrock outcrops. The full image (here) is 425 meters wide, LROC NAC M122273232RE [NASA/GSFC/Arizona State University]. 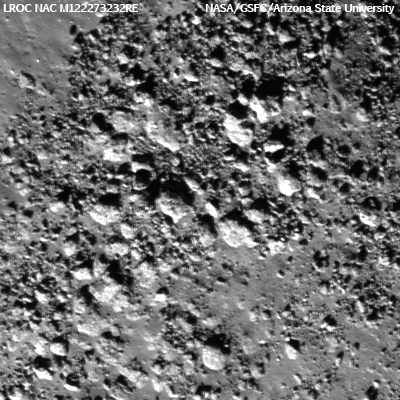 Figure 4 shows a close up of the ridge (Figure 2, above), revealing a great spot for future explorers to sample. The best sampling for scientific study come from outcrops or rubble traced back to its original position. Understanding the geologic context of a sample allows scientists to place a rock in its stratigraphic position and to better trace the processes and forces that formed the original rock later its later history. Sampling the central peak is scientifically important because it represents anorthositic rock formed as part of the original lunar crust. Lunar geologists would like to sample a variety of these ancient rocks from throughout the whole Moon to understand variations in lunar chemistry and help bring together the story of the Moon's formation. The impact melts seen on the floor of Anaxagoras also presents valuable samples -- opportunities for age- dating their time of formation allows us to know exactly when the crater was formed. 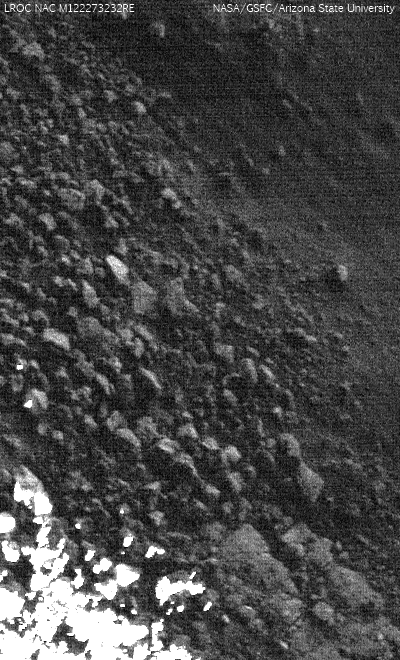 Figure 5 details areas within the shadow in Figure 3, above. Light scattered off nearby surfaces dimly illuminates the shadowed region and by applying a hard stretch to the image, even geology inside the shadows can be mapped. Zoom in and explore the floor of Anaxagoras, HERE. 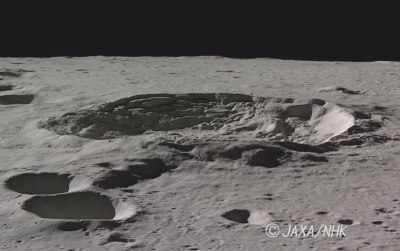 Japan's lunar orbiter "Kaguya," SELENE-1, captured this HDTV still during a late-mission flyover of Anaxagoras, looking south. As mentioned in the narrative Anaxagoras overlaps the western wall of 124 kilometer-wide Goldschmidt (left), location of significant daylight water and hydroxyl signatures detected by instruments on board both Cassini, on its way to Saturn, and the Moon Minerology Mapper (M3) on India's Chandrayaan-1 [JAXA/SELENE/NHK].
Posted by Joel Raupe at 5:27 AM