Moon's perfume comes from our Sun 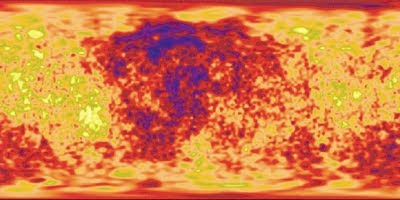 A lot has happened, suddenly it seems, since the $60 million Lunar Prospector mission first mapped fast and slow neutrons reflecting off the Moon in 1998. Five years after the small, optically blind spacecraft was deorbited into Shoemaker crater, in permanent darkness near the lunar South Pole in a forlorn last-minute attempt to accomplish what LCROSS eventually would do a decade later.

By late 2009, scientists around the world had put one and one and one together, beginning with the Russian-built neutron detector aboard Lunar Prospector in 1998, data originally thought erroneous that was detected during a sling-shot maneuver accelerating Cassini on its way to Saturn with more pieces of the puzzle collected by India's lunar orbiter Chandrayaan-1. Among other things, sniffing the Moon has shown us the Moon is wet in more ways than one, wettest in its Permanently darkened Cold Spots and at the equator. It's becoming more and more clear that the dusty, radioactive lunar exosphere is a very dynamic place.

The STEREO solar satellites only very recently confirmed the presence of neutral hydrogen in the solar wind, so the driving force behind 99 percent of the Moon's most dynamic processes and its volatiles is none other than our modest yellow dwarf Home Star. The heavier elements patiently pile up perhaps mostly from bombardment by far more energetic cosmic rays.

Put more simply, Larry O'Hanlon of Discovery News has called our remote sensing a sniffing of the Moon's solar-driven perfume, in this case calling attention to yet another player in this drama and an experiment early on in the mission of Japan's lunar orbiter Kaguya, monitoring radio signals to and from it's two sub-satellites as they rose into line-of-sight up over the horizon in 2007 and 2008.

The moon's whiff of an atmosphere has been sniffed by a Japanese spacecraft under very special conditions and confirmed as coming largely from sunlight brutally hammering the lunar surface.

Using the very first direct measurements of the moon's "exosphere" as the moon passed through the streaming tail of Earth's protective magnetic field, researchers were able to watch the short-lived and ever-changing exosphere in the absence of the hot, magnetized solar wind.

What they found confirmed that it's really just powerful ultraviolet light knocking beat-up atoms, or ions, off the lunar surface and manufacturing the bulk of the weak lunar perfume.

This discovery is important for several reasons, explains NASA lunar scientist Menelaos Sarantos. One is that it could help interpret what kinds of minerals are on the moon's surface.

"What comes out [as exosphere] more or less tells you the mineralogy of the surface," Sarantos said.

The ions and how they change over time also provide direct evidence of how much of a beating the lunar surface is taking, which is invaluable information for anyone hoping to house humans on the moon in the future.

"If you want to build a lunar base or put humans on the surface for any time," Sarantos said, "you want a well-defined radiation environment."
Read the Discovery News feature HERE.
Posted by Joel Raupe at 10:16 PM