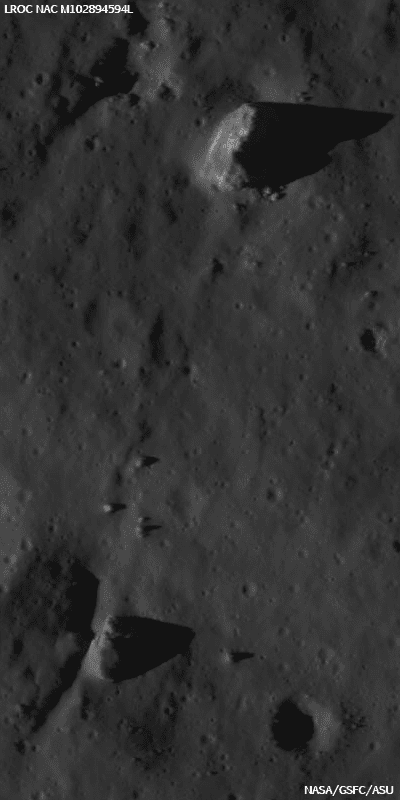 A "Sail Rock," near the central peak of the crater Ohm on the Moon's far side. It fits the profile of a feature we've been looking for to confirm some observations seen elsewhere on the Moon. We'll spell out what all that means shortly, but for the moment we have to say at least that the feature above is pretty big, but not big enough to have been seen with the eye before LRO. We've been on the look out for this previously unknown feature since LRO arrived in lunar orbit.
Posted by Joel Raupe at 4:25 PM