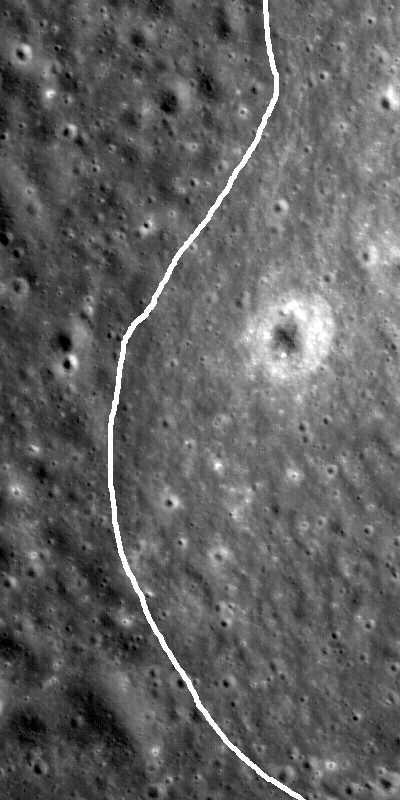 A very subtle mare-highlands boundary in Mare Moscoviense on the lunar farside, near the center of the Constellation Program region of interest. The generalized geologic contact between the mare and the highlands has been highlighted (mare to the left, highlands to the right). Astronauts exploring this region could collect key samples from the farside basalts of Mare Moscoviense as well as materials from the surrounding basin massifs. Image width is 600 meters [NASA/GSFC/Arizona State University].

The primary mission of the Lunar Reconnaissance Orbiter is to collect the data necessary to enable the human exploration and development of the lunar surface. The instrument suite of the spacecraft, including LROC, was specifically designed with this overarching goal in mind.

Today, the LROC Team begins a new series of Featured Images highlighting the regions of interest for future human lunar exploration that we are imaging for NASA's Constellation Program.

There are fifty of these sites, which were selected prior to LRO launch based on expert input from the lunar science community and NASA engineers. For each of these fifty sites, the LROC Team is collecting a comprehensive set of image data, including observations for geometric and photometric stereo and complete nadir coverage (with repeat imaging at varying illumination). These images, and the associated information products derived from them (such as boulder distribution maps, slope maps, and digital terrain models), will be used by engineers and scientists preparing for the next generation of human lunar exploration. For more information on LROC's observation campaign for the Constellation Program regions of interest read this Lunar and Planetary Science Conference abstract, and visit the LRO Science Targeting Meeting website (look for the baseball card summary sheets for each site: part 1, part 2).

Lunar scientists have been studying the vast data return from the Apollo missions for almost forty years. As a result, much is known about the Moon. For example, we know how to leverage lunar resources to enable future human lunar habitation. Even so, there remains much that we do not know about the Moon. Accordingly, each of these fifty sites is associated with either an immensely compelling lunar science question or an Exploration-enabling resource that will be useful to future explorers, or both. However, these fifty sites aren't intended as actual NASA landing sites, but instead are representative locations whose study will provide mission planners and lunar scientists working on future human lunar exploration with lots of data for a comprehensive suite of interesting and relevant terrains all over the lunar surface. Having said that, each of these locations really would make a great place for the seventh (and the eighth, and ninth, and tenth...) human lunar landing and beyond as we prepare for the long-awaited return of astronauts to the lunar surface. We hope you enjoy these guided tours of some of the most fascinating places on the lunar surface - places where humans should be productively exploring, living, and working in the not-too-distant future.

It's clear from looking at pictures of the Moon that the nearside and the farside are very different from a geologic standpoint. The low reflectance, basaltic mare deposits dominate the nearside, whereas the bright deposits of anorthosite thought to be remnants of the Moon’s original crust dominate the farside. Mare Moscoviense is one of the few (and also the largest) deposits of mare basalts on the lunar farside. 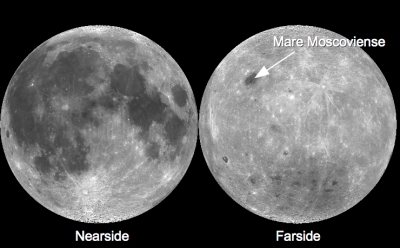 Why are there so many mare basalts on the nearside, but so few on the farside? Lunar scientists simply don't know the answer to that question, although we have some ideas. One idea is that the farside crust is simply thicker than the nearside crust, and the rising bodies of basaltic magma simply solidified before they were able to push through the thicker farside crust. However, we won't know for sure until we can get human explorers to the farside to collect samples, and that's where Moscoviense comes in. We know enough about the Moscoviense region from previous missions that we have a well-defined set of questions we can answer by sending human explorers. For example, the Lunar Prospector mission showed that there are relatively high concentrations of thorium in the Moscoviense basin. Thorium acts as a tracer for the lunar KREEP geochemical component found in abundance on the nearside but not on the farside. Understanding the extent and distribution of thorium in the basin may tell us about the global distribution of the lunar KREEP component and thus the evolution of the lunar mantle. We also know from the Clementine mission that the Moscoviense basalts are both iron and titanium-rich. Since basalts form by partial melting of the lunar mantle, sampling Moscoviense basalts provides lunar scientists with vital insights into how the lunar mantle on the farside differs from the nearside mantle, which in turn would help us to learn why mare basalts are so much rarer on the farside and provide key insights about the formation of all of the terrestrial planets, including Mars and Earth. 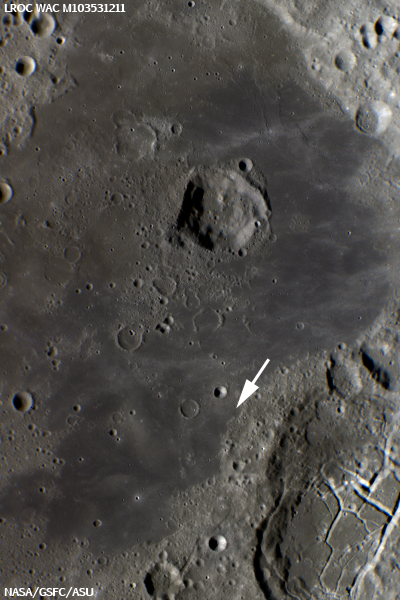 While the scientific goals of exploring the Moscoviense region are certainly important, no less important is access to key lunar resources. The lunar regolith (the broken-up rocks and impact products that make up the first 10 meters or so of the lunar surface) in this region is derived in part from the local titanium-rich Moscoviense basalts. This regolith material could be used for a variety of vital purposes, including the construction of human habitats, radiation shielding, or as feedstock for local resource utilization. Taking a longer view, titanium is an important industrial material on Earth, and it will be very important for indigenous lunar industrial development. 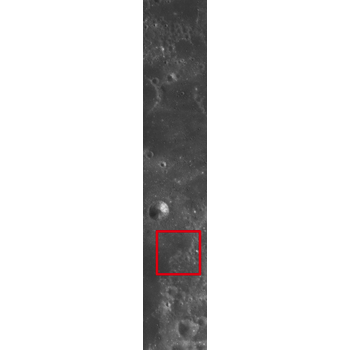 Explore the Mare Moscoviense Constellation region of interest for yourself, and imagine what it would be like to plant your own boots in the lunar surface!

Explore a previously released NAC image showing another portion of the Moscoviense basin. 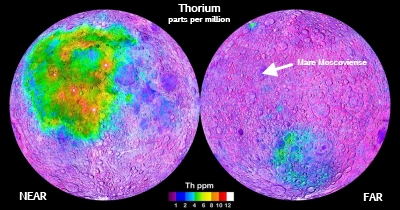