Tranquility Base: a better, second look 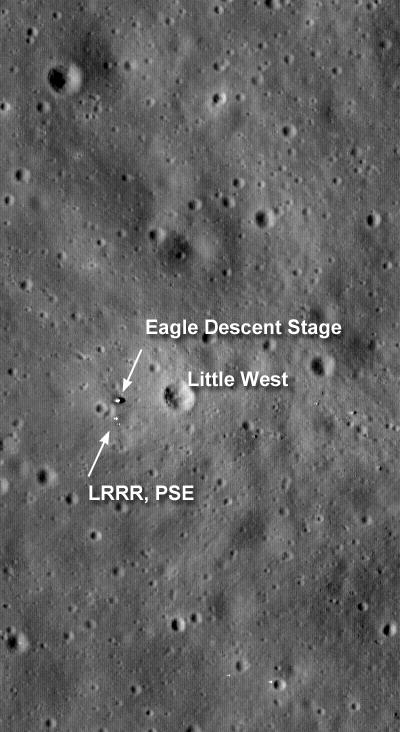 Statio Tranquillitatus (Tranquility Base) in a detail, itself cropped from a Thumbnail image of the Lunar Reconnaissance Orbiter Camera swept up by the Narrow Angle Camera (NAC) (LROC). "A month after LROC's first image of the Apollo 11 landing site was acquired, LRO passed over again, providing LROC a new and closer view of the historic site where Neil Armstrong and Buzz Aldrin became the first humans to walk on another world, July 21, 1969. This time the Sun was 28 degrees higher in the sky, making for smaller shadows and bringing out subtle brightness differences on the surface. The look and feel of the site has changed dramatically. [NASA/GSFC/Arizona State University].