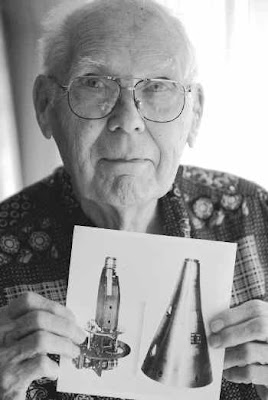 Francis S. "Frank" Johnson helped launch the University of Texas at Dallas and later saw his atmospheric experiments land on the moon.

He was the first scientist hired at the school before it became a university, and he served as the fledgling institution's interim president.

Dr. Johnson, the first to recognize that the outermost part of the Earth's atmosphere is enveloped in hydrogen, devised an ultra-sensitive gas detector that Apollo astronauts took to the moon.

Days before the first astronauts landed on the moon in 1969, Dr. Johnson was named interim president of what was about to become UTD. He held that post until 1971. Dr. Johnson played a key role in building the university.