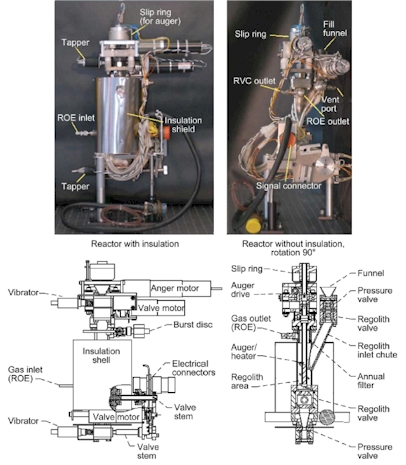 Figure 1. Images and line drawings of the RESOLVE reactor with and without insulation. (Large image available by clicking on image or download of complete report, below.)
Julie Kleinhenz and Zengguang Yuan
National Center for Space Exploration Research, Cleveland, Ohio

The RESOLVE (Regolith and Environment Science, Oxygen and Lunar Volatiles Extraction) Project, aims to extract and quantify useful resources from lunar soil. The reactor developed for RESOLVE is a dual purpose system, designed to evolve both water, at 150 °C and up to 80 psig, and oxygen, using hydrogen reduction at —900 °C. A variety of laboratory tests were performed to verify its operation and to explore the properties of the analog site soil. The results were also applied to modeling efforts which are being used to estimate the apparent thermal properties of the soil. The experimental and numerical results, along with the analog site tests, will be used to evolve and optimize future reactor designs.

The In-Situ Resource Utilization (ISRU) program aims to develop technologies that will be critical to future exploration missions to the Moon and Mars. One such technology is the extraction and capture of mission consumables, i.e., water and oxygen, from the lunar regolith. The goal of the RESOLVE (Regolith and Environment Science, Oxygen and Lunar Volatiles Extraction) project is to prospect for and quantify these resources and demonstrate how to extract them. Intended as a package concept for a mobile lunar robotic mission, the RESOLVE project encompasses the collection and processing of —100 g batches of regolith. The system includes; extraction of regolith samples using a coring drill, crushing of the sample to an acceptable size distribution, NASA/TM—characterization of bulk regolith properties and mineralogical content, evolution of volatiles in a reactor, detection of evolved gases using a gas chromatograph, and capture and rerelease of the volatiles using absorbent beds. The objective of the package is to demonstrate the feasibility of ISRU related tasks, especially volatile and oxygen extraction processes. The results of this work will be used in the design of larger-scale processing plants to be implemented as part of a lunar outpost.

An earlier laboratory-based system was a first attempt to integrate a core sampling drill, separate reactors for volatile extraction and oxygen production and evolved gas collection and analysis instrumentation. This EBU1 (Engineering Breadboard Unit) payload provided indications of the necessary system power requirements, operating conditions, and timelines (ref. 1). During the past year a second integrated package, called EBU2, was developed in which the two reactor systems were combined into a single multipurpose reactor, and the entire payload shrunk and packaged to fit into a modest size rover (ref. 2) in preparation for field trials.

This report describes the reactor subsystem of the RESOLVE project EBU2 payload, and laboratory testing conducted to assess its performance. The combined reactor performs two functions; thermal extraction of loosely bound water, including operations up to 150 °C and 80 psi, and the chemical extraction of oxygen from iron oxides using hydrogen reduction, including operations up to 900 °C at near-ambient pressures.