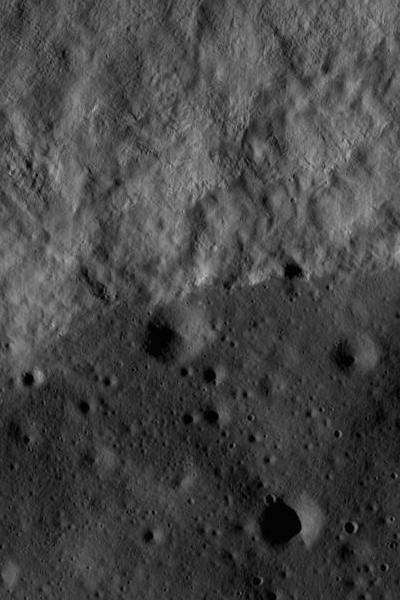 Rim and ejecta of Timocharis, a nearside Eratosthenian-aged impact crater located in southeastern Mare Imbrium. The complete NAC frame cuts through the center of the crater revealing a rich array of details of the interior floor. Timocharis is almost 33 km wide, and has fairly typical morphology for a crater this size. In the full NAC strip, you can see the terraced crater wall and the shadow of the well-defined central peak complex (the central peak itself is just to the west, outside of the frame). The ejecta blanket is the hummocky terrain immediately adjacent to the crater and (as you can see in an oblique Apollo Metric image) eventually thins out to smaller "fingers" of ejecta, almost resembling the roots of a willow tree, outside of the NAC frame. The ejecta blanket is covered with numerous smaller impacts, called secondary craters, which occurred after the formation of Timocharis.
The Full Release, HERE.
Posted by Joel Raupe at 1:16 AM