The Importance of Lunar Water 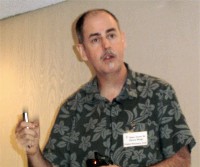 It has been a few days now since the public revelations concerning the results from Cassini, Deep Impact, and the Brown University Moon Mineralology Mapper (mcubed) hosted on the Indian Chandryaan lunar orbiter. There has been much discussion and debate, some of it heated, between those who think that these revelations change the arguments of lunar versus Martian exploration by humans. Those on the lunar side think that this will greatly lower the cost and increase the viability of lunar development, and those who think that the Moon is still a wasteland that should be bypassed on the road to Mars. Amusingly, in the same Science issue, an article about how much more water that there is on Mars was included and was seized upon as "proof" that Mars is a more compelling target of exploration. However, in this argument between the two camps, it seems that the most important point is being missed. If, after 40 years of off and on again remote sensing that is just now finding the magnitude and extent of the water, what else have we not found?

The last mission to the Moon that landed was the Soviet Luna-24 mission of August 1976. It was a sample return mission. Prior to this, between the last Apollo landing in 1972, the only missions to the Moon were Soviet in origin (four of them). It is highly unfortunate that the data from these missions has never been fully disclosed as the Soviet rovers covered tens of kilometers worth of terrain over multiple lunar days. It will be very valuable to pore over that data to see if there is any surface confirmation of the lunar water found specifically by Cassini and Deep Impact. It was this checking of the archives of the Cassini data that provided some of the confirmation of the M3 data.

With this announcement and confirmation of water data it is probably necessary to go back and reexamine other data as well from the Apollo era. Dr. Larry Taylor from the University of Tennessee has reportedly taken a second look at the water data from the Apollo samples that was originally discarded as it was considered to be terrestrial contamination. What else in the existing archive should we reexamine?