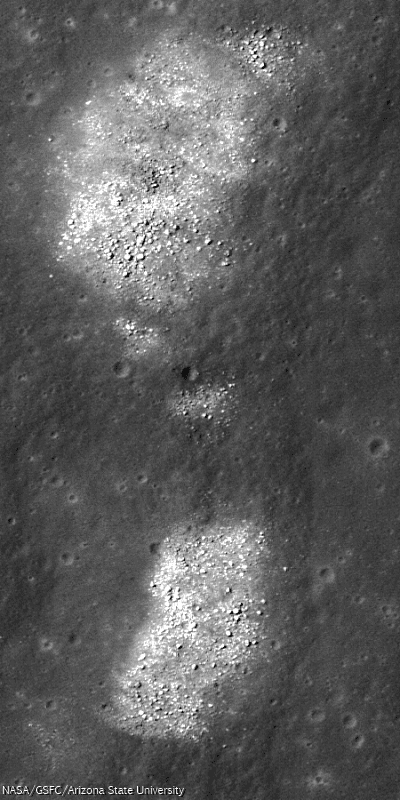 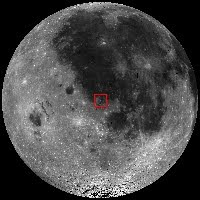 On the Moon, small topographic highs often covered by boulders are commonly seen in LROC NAC images. Today's Featured Image shows an example of boulders atop a wrinkle ridge.

In two areas of the image high reflectance boulders are on the top of the ridge. The sinuous line to the right of these boulder clusters is the eastern edge of the wrinkle ridge. 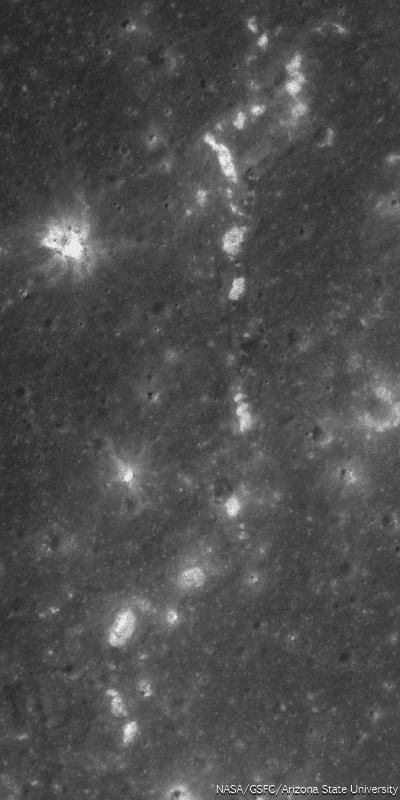 The full-width of the left-hand NAC frame M122536322 shows an archipelago of boulder blossoms, shedding along the ridge, northeast of Mons Hansteen. The centerpiece of of the Featured Image can be seen, with far less detail, in the 2.3 kilometer-wide field of view, and the high solar angle surrenders more reflective (rougher and presumably fresher) material in exchange for a loss in relief [NASA/GSFC/Arizona State University].
Why are there two distinct patches of boulders? The ridge as a whole has numerous boulder patches just like these. How did they form? Were they thrown there by some distant impact event? Are they eroding out of the wrinkle ridge? Has everything nearby been covered by a resurfacing event leaving just a few high patches of bright boulders? We may not know until astronauts visit one of these occurrences and carefully investigate the geology and collect samples! 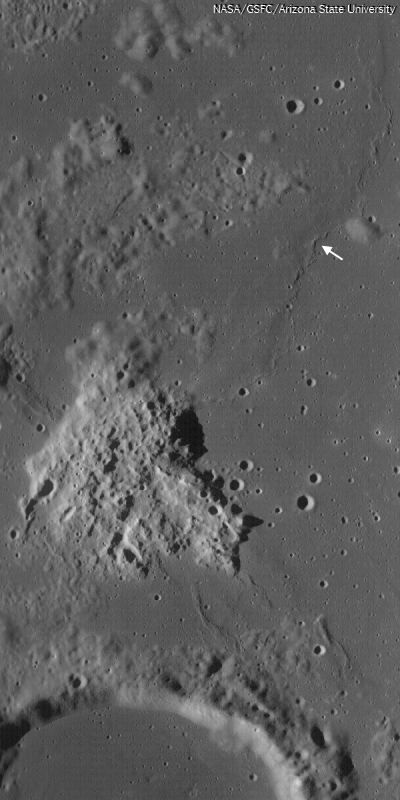