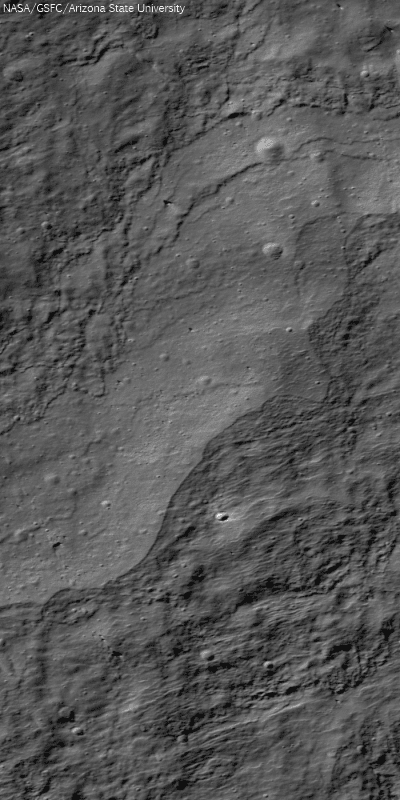 Further down the wall of Klute W (38.2°N, 217.0°E), relative to yesterday's Featured Image (and below), the landslide rubble appears to have either been mixed with, or deposited adjacent to, impact melt. 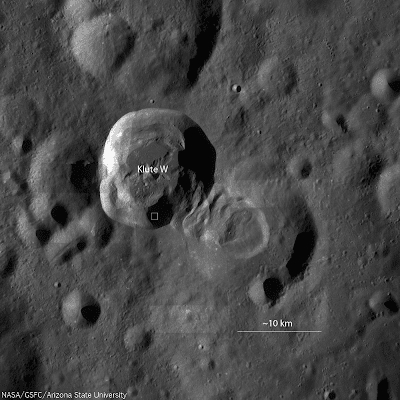 LROC Wide Angle Camera (WAC) monochrome mosaic of Klute W and surroundings. Square inset identifies Featured Image location, and you owe it to yourself to view the full-sized version HERE [NASA/GSFC/Arizona State University].
Use the full LROC NAC frame to see if you can tell what is melt, what is landslide debris, and where the transitions occur on the Klute W wall. It is not always easy to tell!
Some related posts:
Mounds in a melt pond
Fragmented impact melt
Posted by Joel Raupe at 9:13 PM