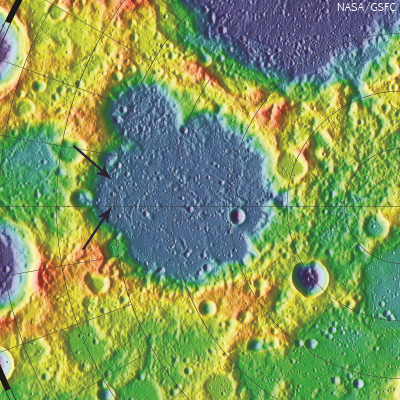 It may look like an ordinary old crater, but to some scientists the 104 km diameter Hermite Crater is one of the most interesting features on the lunar surface.
NASA Goddard - In 2009, the Diviner instrument revealed that an area within Hermite Crater is the coldest place ever measured in the Solar System, with a temperature of -249 degrees Celsius [1]. This cold temperature is due to the fact that regions within this crater, which is located near the Moon's north pole, never see sunlight.

Data from LRO's LOLA instrument have enabled scientists to model topographically-controlled lighting conditions near the lunar poles over long periods of time [2]. These model simulations reveal that on the scale of millions of years, regions (see arrows) near the southwestern portion of the crater remain in permanent shadow [NASA/GSFC/LOLA].
Much more on Hermite, HERE. 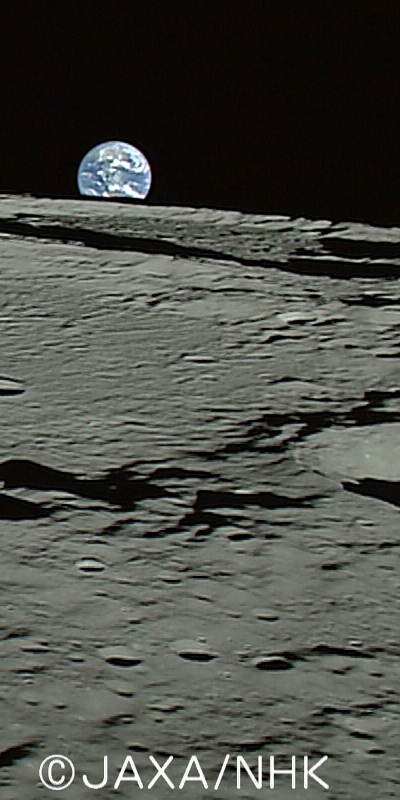 Orbital Earthrise over the Moon's far north in 2008, and a look back peeking up from the far side as Japan's first lunar orbiter SELENE-1 (Kaguya) captured this HDTV view also of Hermite and also that crater's permanently shadowed interior western rim, discovered a year later to host to the coldest temperatures yet recorded in the solar system [JAXA/NHK/SELENE].
Posted by Joel Raupe at 7:50 AM