A Rationale for Cislunar Space 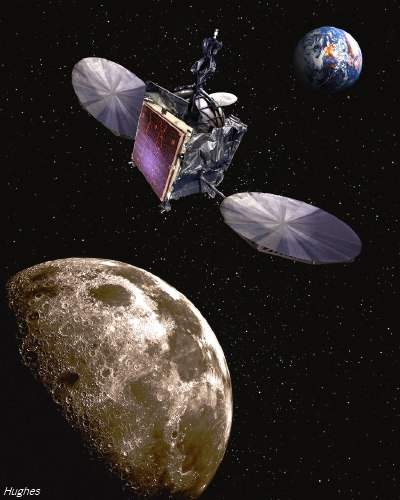 At a recent workshop on lunar return, a critical part of the discussion focused on the need for a statement of purpose – a value proposition for the Moon. Over the years I’ve attempted to distill my rationale for lunar return (my “elevator speech” if you will) into a clearly stated and persuasive argument about the need for enabling human reach beyond low Earth orbit – into all the areas between Earth and Moon (cislunar space) where all of our satellite assets reside. So, as the elevator doors are closing, I will state my Rationale for Cislunar Space:

2. Earth’s deep gravity well is a significant cost deterrent to expanded activities in space. Beyond LEO mission launch mass is mostly propellant. We remain mass- and power-limited and therefore capability-limited as long as we are tied to the current spaceflight template of launching everything we need from Earth’s surface. Regardless of launch costs, the size and capability of a given space asset is dictated by the size of available launch vehicles.

3. Human- and machine-assembled satellites can be as big and as capable as needed and unlimited by launch vehicle size. The advent of human servicing and assembly in space, for which we now have documented proof (after 30 years of the Shuttle program and construction of the International Space Station) gives us options and frees us from launch vehicle constraints on volume and mass. Once we are able to get people and machines to those places in space where assets are needed, we can build expanding, maintainable and extensible space systems on site.

4. Currently we cannot routinely access orbits beyond LEO with people and machines to build and maintain such satellites. We use all the propellant of a given launch vehicle just getting people to LEO. At LEO, a new vehicle – already fueled – will be needed to reach various “high” orbits of cislunar space (home to current and future satellites) including geosynchronous orbit, the 36,000 km high orbits at which communications and other global monitoring satellites orbit. At these spots, a single orbit takes 24 hours, the same time as the rotation period of Earth. Such satellites appear to “hover” over one spot on the ground and a dish antenna pointed at their location in the sky never has to be moved to track it.

5. The manufacture and use of propellant made from lunar materials allows for a system that will lower the cost for new space activities, enable routine access to and from the surface of the Moon – give access to all other points in cislunar space, including GEO and other orbits useful for space assets – and open up an avenue for routine human interplanetary flight (i.e., to Mars and beyond). Making propellant from water retained at the lunar poles permits us to set up a logistics base on the Moon, creating routine access throughout cislunar space. In terms of energy, there is very little difference between going from LEO to the aforementioned geosynchronous orbit and lunar orbit.

6. The Moon offers other material and energy resources needed to create new space faring capability, including regolith aggregate, glass and ceramics, metals and solar cell fabrication. We can make composite and ceramic materials from lunar soil by sintering the regolith into parts and structures. Metals can be extracted from lunar rocks and used for construction on the Moon and in space. Engineers have created a roving vehicle that uses lunar soil to make in-place solar cells for the generation of electricity. This ability allows us to create vast photovoltaic arrays for the generation of gigawatts of electrical power. These resources, in addition to the water used for propellant production, are all present and available on the Moon.

7. Both robotic and human presence is required on the Moon to enable and maintain production from lunar resources. I’ve worked in “unmanned” spaceflight for over 30 years. While a firm believer in the utility and possibilities of robotic operations controlled from Earth, I also know that sometimes these robots require human ingenuity and interdiction to work properly. The servicing of the Hubble Space Telescope by Shuttle astronauts has shown us how important people can be to the success of space operations. We can start a lunar return through the use of teleoperated robots, but ultimately people will be necessary to creatively manage operations as well as for getting them back on track when they falter.

8. By establishing a permanent presence on the Moon, we create a “transcontinental railroad” for cislunar space – a reusable, extensible and maintainable (thus, affordable) transportation system. Virtually any scenario for human missions beyond LEO requires a spacecraft carrying hundreds of tons of propellant. This propellant can be made off-Earth from lunar resources and launched from the Moon’s weak gravity well to depots in cislunar space. No rational technical argument can be made that the Moon is a roadblock. And from a monetary perspective, building an extensible cislunar transportation infrastructure gives us both capability and return on our investment.

9. Developing a program to utilize off-planet resources will drive new technology, expand economic growth and assure democratic pluralism survives on the frontiers of space (neither totalitarianism nor corporatism). For fifty years the U.S. civil space program has served national prestige, launched massive economic and scientific growth through technological innovation, and nurtured international cooperation in many areas. We cannot however, continue to assume that free market capitalism will remain the dominant political paradigm in space. There are other space powers that do not share our views about individual freedoms and economic opportunity, nor do they necessarily care about the importance or need for property rights and contract law – values needed to maintain free societies. There may be no individual liberty or free market enterprise if America does not maintain a strong leadership presence on the growing space frontier.

The report of the Augustine committee concluded that human expansion into space was the ultimate (and in fact only) rationale for manned spaceflight. I agree. The elevator doors are opening now so I hope my argument for lunar return has persuaded you that America has the opportunity to prosper, to create a space economy and help shape humanity’s future by utilizing the Moon to develop cislunar space.

i WOULD LIKE TO SEE A CEMETERY FOR ALL THE PEOPLE WHO HAVE INVESTED THEIR LIVES IN THE SPACE MISSION FROM ALL NATIONS SPREAD OUT IN A VAST SERIES OF CIRCLES FROM THE LANDING SITE IN THE SEA OF TRANQUILITY. i WOULD ALSO LIKE TO SEA AN INTERNATIONAL TREATY LIKE THE ONE ON TERRESTRIAL OCEANS PUT THROUGH THE UN RESTRICTING LUNAR DEVELOPMENT TO THE FAR SIDE, TO PRESERVE THE VIEW FROM EARTH FOR FUTURE GENERATIONS. tHE LAST ISSUE i WOULD LIKE TO MENTION IS IN RELATION TO THE CURRENT DEMILITARIZATION STANCE OF SPACE, THIS CANNOT LAST, IN A WORLD WHERE PASSENGER PLANES CAN BE CONSIDERED WEAPONS OF MASS DESTRUCTION ANY SORT OF PRIVATE EXPLOITATION OF SPACE WOULD PRESENT TO REAL A THREAT TO NOT HAVE SOME ENFORCEMENT AVAILABLE. i PROPOSE THE COAST GUARD, WITH ITS HISTORY OF SEARCH AND RESCUE, CUSTOMS AND LAW ENFORCEMENT IT IS THE IDEAL LEAD AGENCY IN THE US MILITARY FOR SPACE DEPLOYMENT.