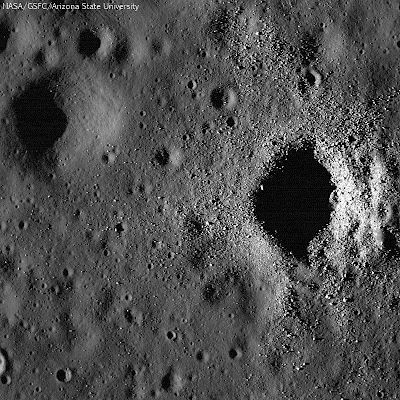 A fresh and a degraded crater, side by side, on the floor of Oceanus Procellarum, near Flamsteed P, landing site of Surveyor 1. Illumination is from west at an incidence angle of about 78.4°, image field of view is 1400 meters, or a resolution of a meter per pixel in the original LROC Featured Image. LROC Narrow Angle Camera observation M117792992L, LRO orbit 2492, January 10, 2010 [NASA/GSFC/Arizona State University]. 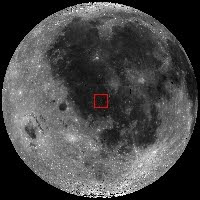 Today's Featured Image is a great example of typical young and old craters. The crater on the right with lots of boulders spreading out of the cavity is a young, fresh crater. The crater to the left has a smoother surface without recognizable boulders, and has an overall subdued or degraded shape. They are about the same size and both formed in mare basalt. The older example likely had a similar morphology when it formed originally.

Astronomical numbers of small impacts over time are believed to be the main factor breaking boulders into small pieces and smoothing the surface (think of this process as cosmic sand blasting). If you are very patient, visit the crater on the right in about a billion or two years and you will see it looking similar to the degraded crater on the left. Be careful though - when you show up the crater on the left may no longer be around! 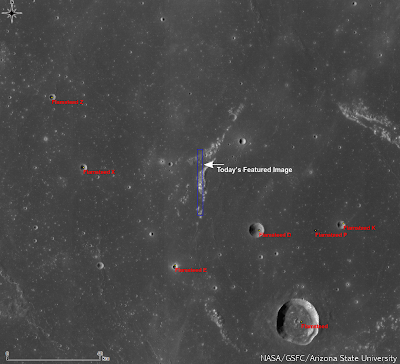 Related posts:
Small crater in Oceanus Procellarum
High Noon at Tranquility Base
Terraced Craters in Aitken Crater
Posted by Joel Raupe at 2:15 AM