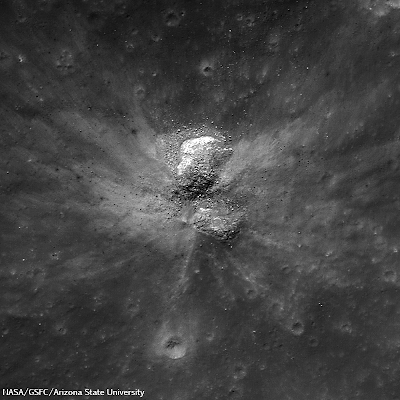 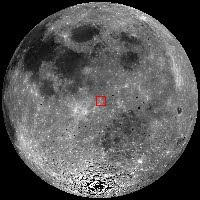 Low angle, or oblique, impacts usually have asymmetric ejecta and form oblong craters. The typical "butterfly" ejecta pattern requires an angle of less than 15° from horizontal. This crater is quite unusual. Look closely to the south, do you see a positive relief feature? Again look north, up or down? Light is coming from the upper left, if you rotate the image 180° you might have an easier time seeing the topography correctly. Is this an oblique impact? Perhaps not, it appears an impact occurred between two boulders effecting the crater shape and ejecta pattern. This crater formed on the downhill slope of a large crater terrace. The two boulders are likely part of the slumped wall and served to deflect the ejecta mimicking the oblique impact butterfly pattern. 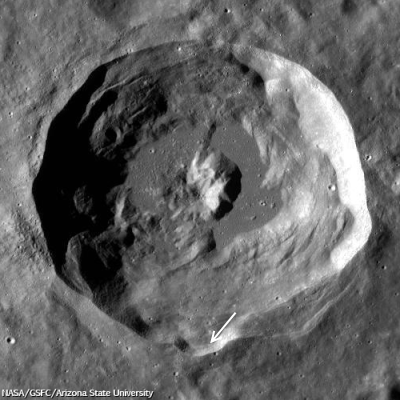 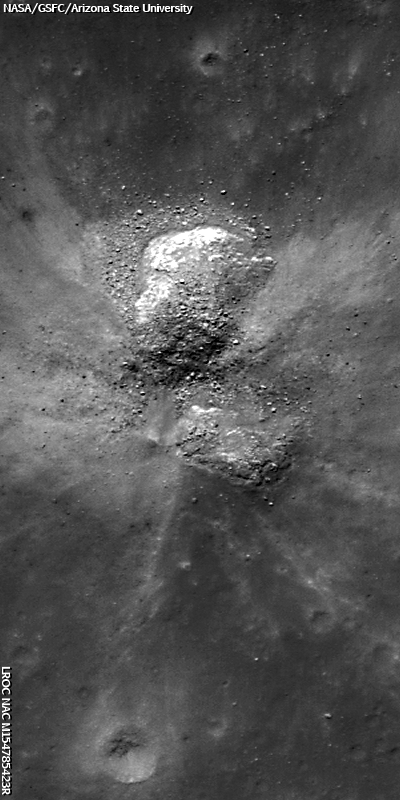 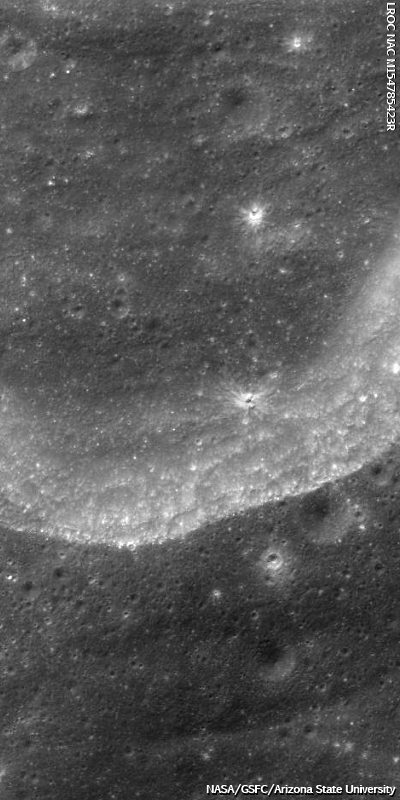