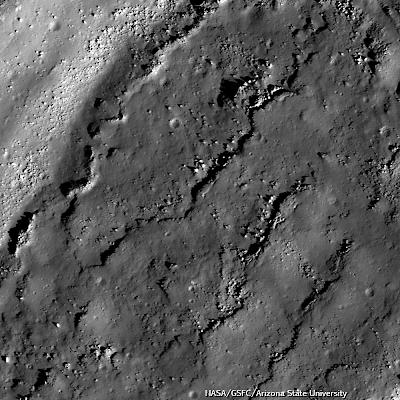 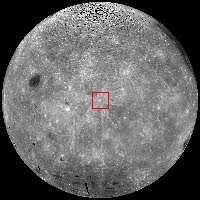 Within a terrace in Jackson crater impact melt formed a surface reminiscent of waves against the shore of a beach. The waves in today's Featured Image are cooled impact melt flow fronts, frozen in time on the lunar surface. The boulders are parts of the impact melt that have weathered out of the solidified rock over time. Jackson crater is a 71 km diameter impact crater located on the far side of the Moon (22.4°N, 163.1°W). A few milliseconds after the initial impact that formed Jackson crater, the crater walls slumped toward the center of the newly formed crater, creating a number of terraces. Next, impact melt (excavated, heated, and thrown above the crater) landed haphazardly over the lunar surface around and inside Jackson crater. If the melt lands on a slope it flows downhill as it cools. When melt lands on a relatively flat surface, like a terrace, it may slosh and flow for a while, but eventually it will create an impact melt pond. Impact melt ponds are found on crater floors, terraces, and in the surrounding area around a crater. 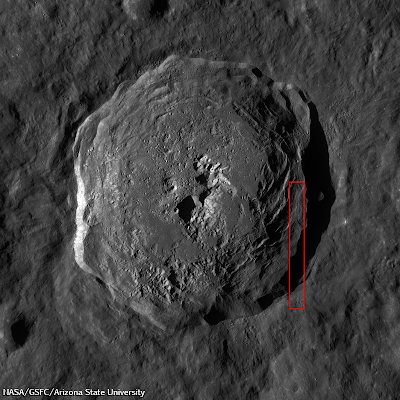 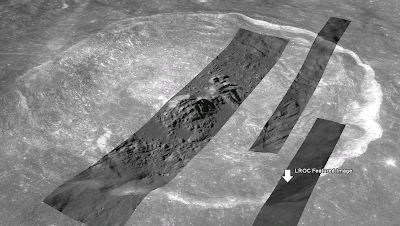 Three LROC NAC observations swept up during various opportunities during the two-years LRO has spent in lunar orbit, are shown draped over a Wide Angle Camera 604 nm band mosaic stitched from overflights in LRO orbits 7819 through 7824, on March 5, 2011; Jackson crater as seen under a full Sun. See a larger version HERE [NASA/GSFC/Arizona State University]. 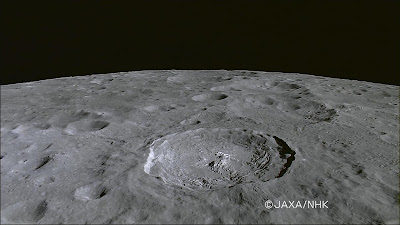