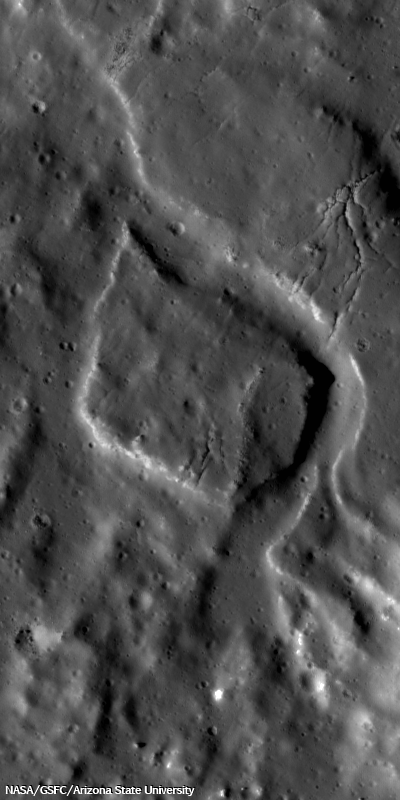 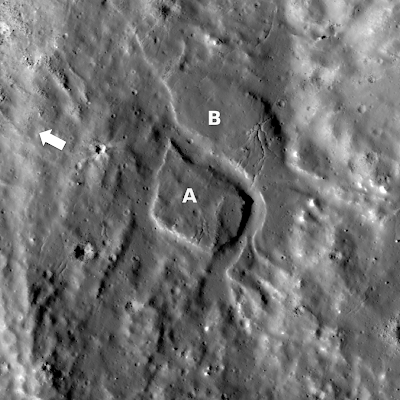 Annotated version of the Featured Image. The impact melt flow created a channel that separated rock section A from section B. The white arrow points in the downslope direction. View the full-size annotated Featured Image HERE [NASA/GSFC/Arizona State University]. 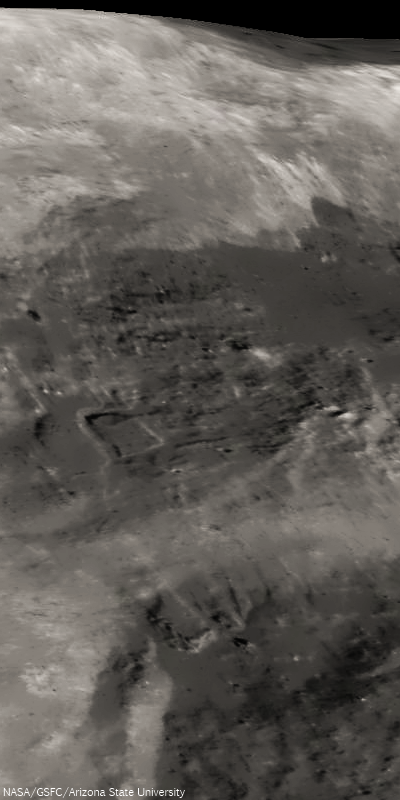 Three-Dimensional oblique view, at an oblique southeasterly angle across both the left and right M103216633 frames shows the steep gradient and wider effect of the channeled impact melt flow down the eastern inner rim of Jackson. The featured channeled formation is left of center, at roughly 4500 meters elevation. The rim beyond is nearly 2 km higher up. As context, view the wider field of view in the full-sized image HERE [Google Moon - NASA/GSFC/Arizona State University].

Flowing impact melt may act erosively, removing rock from one location and depositing it in another. This Featured Image shows a section of rock on a terrace in the eastern wall of Jackson crater. The section "A" appears to be severed from the rest of the rock by a small channel. It is probable that fast-moving impact melt created this small channel (on average ~60 meters wide). As the impact melt flowed over the terraces, toward the center of the crater, it gathered enough momentum to flow turbulently and cut through the pre-existing rock. The pointed ends of the isolated section also hint at being eroded by a flow. The pre-existing rock appears to be impact melt as well (deposited by a previous flow), or is covered with a thin layer of impact melt. Usually we only see channels carved through rock in the case of sinuous rilles, which are caused by turbulent flow of basalt. 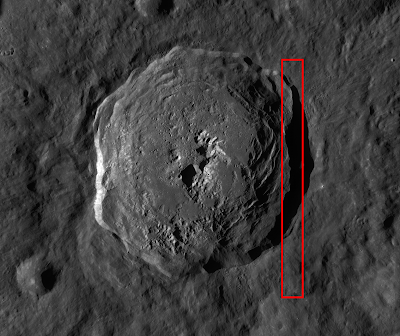