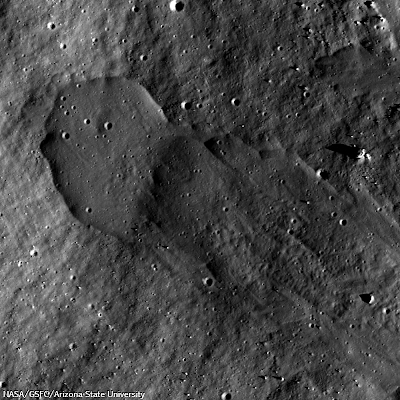 Giordano Bruno (35.9°N, 102.8°E) is a Copernican-age impact crater known for interesting impact melt features. The crater is named after the famous Italian philosopher Giordano Bruno who lived during the Renaissance.

Today's Featured Image shows an impact melt flow outside of the crater walls. This impact melt was thrown from Giordano Bruno and landed about 6 km away from the rim. Some of the material was hot enough that it continued to flow after being emplaced on the surface. The direction of flow is toward the top of the frame, away from the rim of Giordano Bruno. Although formed by a different process, impact melts flow in much the same way as lava flows, forming lobes and exhibiting channels and levees. Like lava flows, they cease to move when their source is depleted or the melt cools and freezes into solid rock. 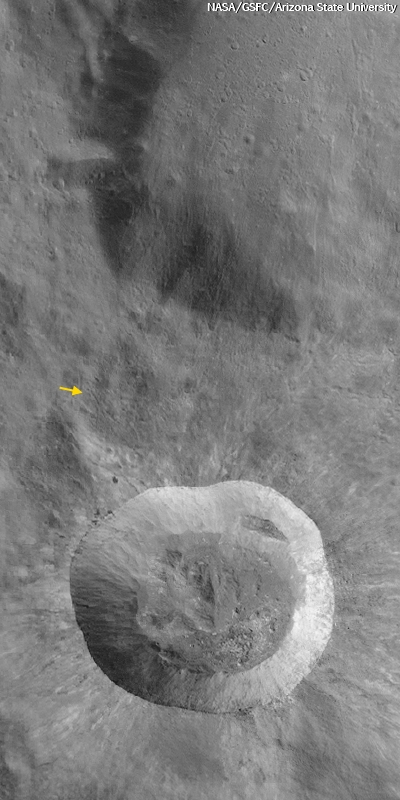 Giordano Bruno is one of the youngest large craters (22 km diameter) on the Moon. How old is "youngest"? Most of the time, geologists classify the youngest craters into a group called Copernican-aged craters. However, if humans went back to the Moon they could sample some of the impact melt outside of Giordano Bruno, bring the sample back to Earth, and then use radiometric age dating to estimate the age of the rock. Impact melt rocks can be used to measure the age of an impact since the rock's "isotopic clock" is reset when it returns to a molten state. 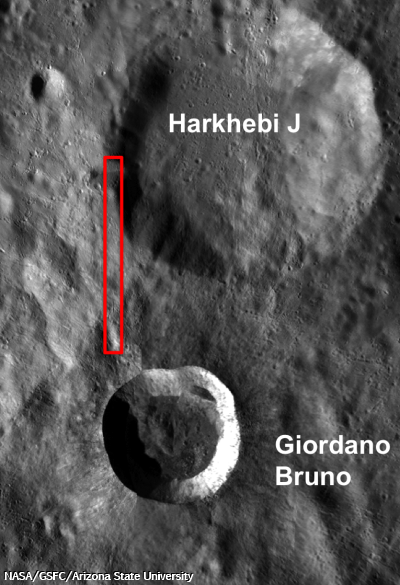 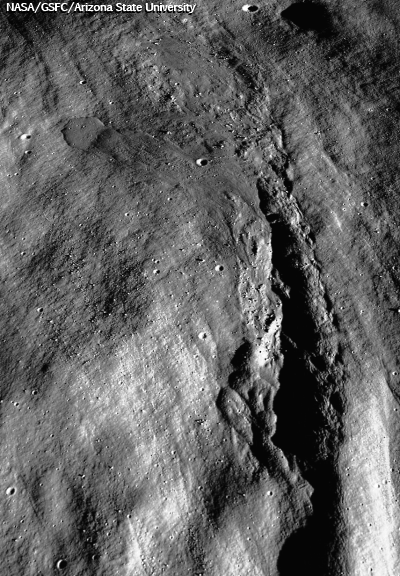 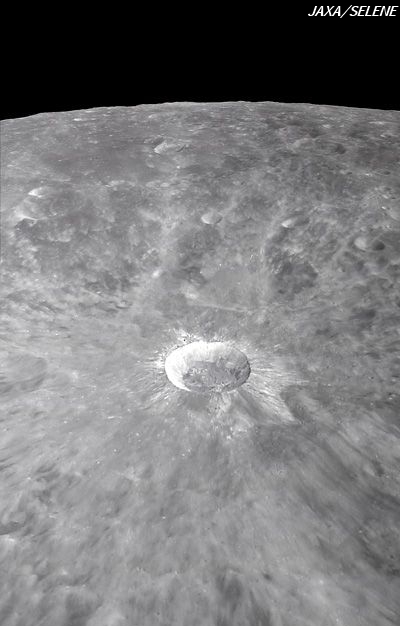