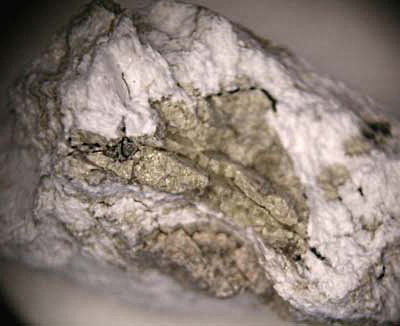 Redating a lunar sample after a weak acid bath has led workers to speculate the Moon may be 200 million years younger then generally thought. The report on a study appearing in Nature, by David Shiga at New Scientist, was previously presented to the 42nd Lunar and Plantary Science Conference in March 2011.

Lars Borg and colleagues at Lawrence Livermore based their conclusions following redating lunar sample FAN 60025, collected by Young & Duke during the Apollo 16 expedition to the lunar highlands north of the Descartes Formation in December 1972.

"But Clive Neal of the University of Notre Dame," Shiga wrote, "says some of the plagioclase - including this sample - might simply have melted again after the moon formed. Different minerals solidify at different temperatures, so if a heavy mineral solidified before a lighter one beneath it, it would sink, pushing magma upwards. This could melt the plagioclase and reset its age. "I remain to be convinced that the moon is as young as suggested by this paper," he says.

The report in New Scientist.
Citation appearing online by Nature

The Age of lunar Ferroan Anorthosite 60025 with implications for the interpretation of lunar chronology and the Magma Ocean Model
42nd Lunar and Planetary Science Conference, #1127
Posted by Joel Raupe at 8:49 PM

More precisely : lunar sample FAN 60025, collected by Young & Duke during the Apollo 16 expedition to the lunar highlands north of the Descartes Formation in April 1972.