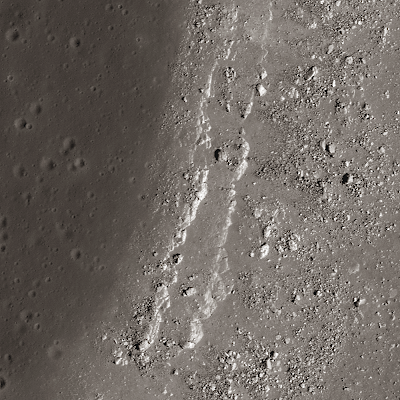 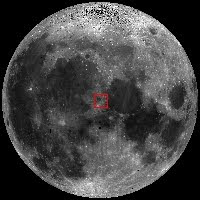 Today's Featured Image are bedrock outcrops at the western edge of Hadley Rille, in an area located about 50 km southwest from the Apollo 15 landing site. Two parallel lines of high-reflectance rocks extend in a north-south direction on the western rim of the Rille. The right side of the image is the downward slope of the rille, where you can see multiple boulders that have likely fallen from the outcrops in the center in the billions of years since the great rille was carved into the mare by flowing lava. 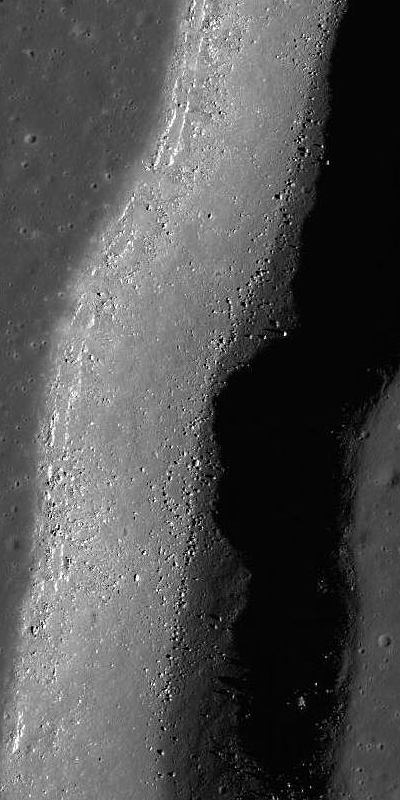 For context, the layers of extrusive volcanism that formed the surface of Palus Putredinis and the Hadley Rille Delta and later exposed in the formation of Hadley Rille are seen in the full width 300 by 4oo meter crop from NAC frame M113941548L [NASA/GSFC/Arizona State University].

These two layer outcrops can be almost continuously observed along the flank of Hadley Rille for about 2.5 km length, which suggesting that these layers have relatively wide area coverage and an almost uniform thickness. 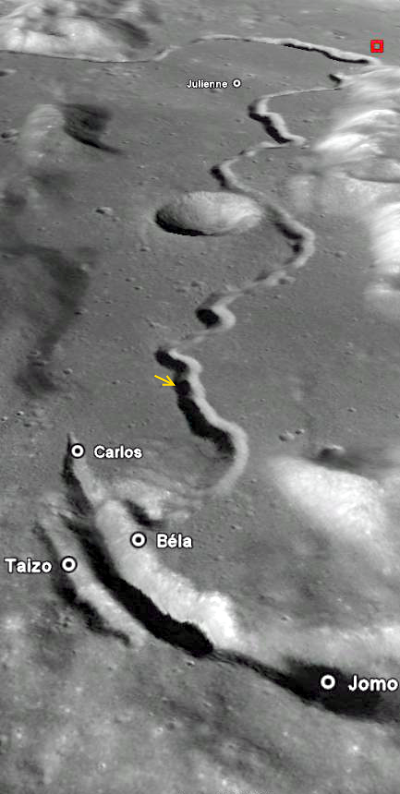 Detailed topographic assessments using the Lunar Orbital Laser Altimeter Digital Terrain Model or possibly even NAC stereophotogrammetry will enable lunar scientists to obtain accurate thickness measurements for these two rock layers, as well as derive estimates for the thickness of the overlaying regolith layer in this area. This information will be very useful to lunar scientists who are currently trying to understand the geologic processes involved with mare volcanism. If we assume that these layers correspond to mare basalt flows, then determining the thickness and the spacial extent of these flows will be important information for calculating the viscosity and eruption volume of lava at one event. Research efforts like this one are helping lunar scientists define key questions that will be answered by future human lunar exploration! 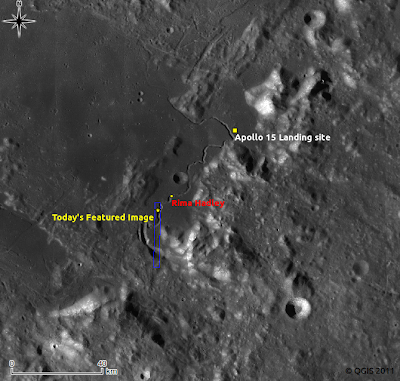 Explore the parallel bedrock outcrops at Hadley Rille in the full NAC frame!