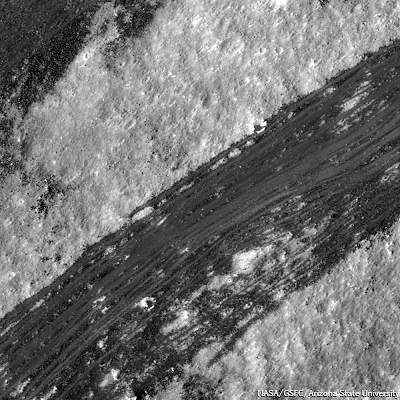 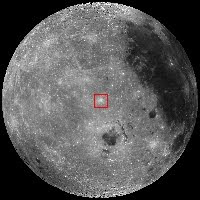 The wall of this 8.5 km diameter, Copernican-aged crater (located at 3.29°N, 100.25°W) is streaked with dark material. When geologists describe different surfaces on the Moon or other planetary objects, we use the terms "high reflectance" and "low reflectance." In this case, the wall of the crater is high reflectance, but some of the material that has flowed down the wall is low reflectance.

What is the cause of the low reflectance of this material? How is it different from the high reflectance crater wall? Are the differences caused by composition, grain size, or both? Also, is this flow a granular flow, or an impact melt flow? Sometimes these two types of flow can behave similarly. 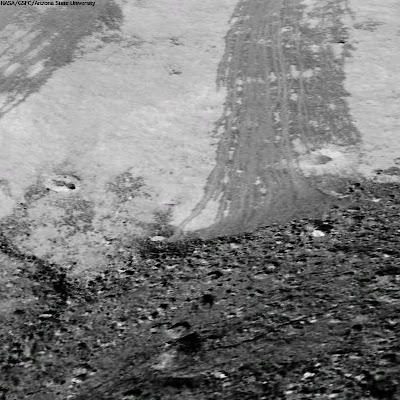 Some quick observations can point us in the right direction. First, the crater is located on the far side of the Moon, in an area of highlands. This location most likely means that we are not observing a compositional difference, as there are no nearby sources of mare basalt that could account for the low-reflectance material. Second, in this particular NAC frame there is no evidence for impact melt deposits around the rim of the crater, although you can find evidence of impact melt in the crater floor. The crater is not large enough to develop terraces where impact melt can pool and then flow out. So this flow is probably granular, not molten. 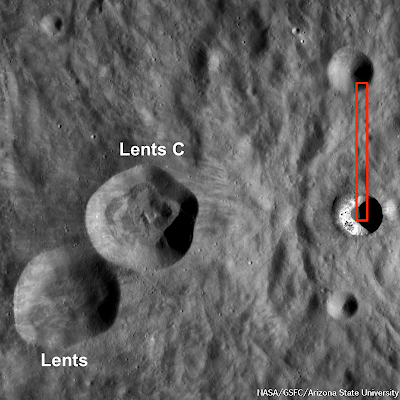 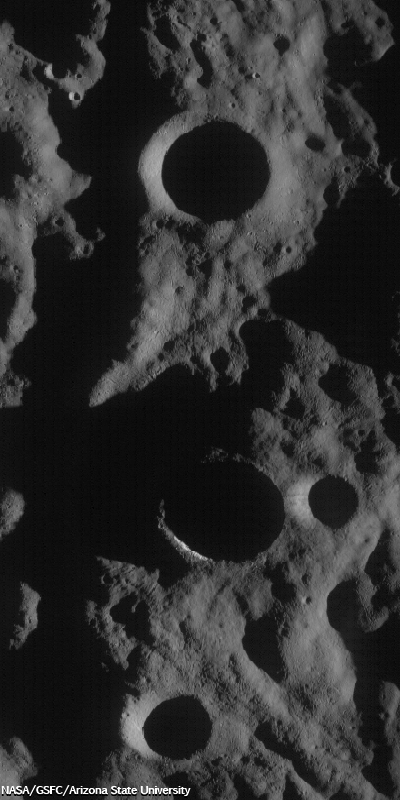 Two LROC Wide Angle Camera (WAC) observations show very nearly the same field of view, including the featured Copernican-Age crater (at lower center in each mosaic), but swept up under nearly opposite viewing conditions. In the view above (under LRO orbits 6890 & 6891, December 22, 2010) harsh sunrise discloses almost none of the high-reflectance rough edges (except a peek inside the steep west crater wall), but does show, in stark relief, the rough terrain of the farside lunar highlands. In the 643nm band mosaic below (during LRO orbits 6195-6197, October 28, 2010) the illumination is nearly overhead, and the rough, optically immature features stand out, while the elevation grades are obscured instead. Even the anomalous streak of darker material that, at some point, rebounded back into the crater's interior (at about 2 "o'clock") is easy to see [NASA/GSFC/Arizona State University]. 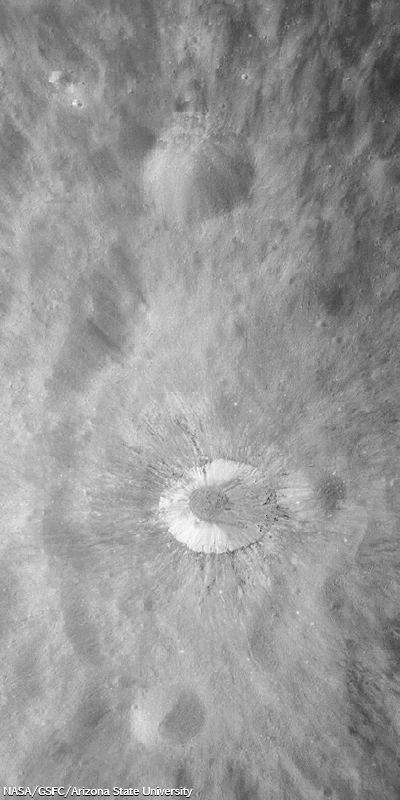