LROC: The Swirls of Mare Ingenii 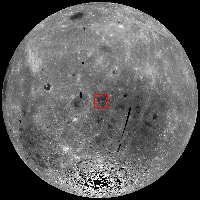 Brett Denevi
LROC News System
Lunar swirls are among the most beautiful and bizarre features on the Moon. Seen as bright, sinuous regions, swirls are associated with weak magnetic anomalies in the Moon's crust. Images from LROC, and the topographic information extracted from those images, have shown that swirls have no topography associated with them; they are not higher or lower than their surroundings. Instead, it is as if someone has taken a brush and laid down a beautiful swath of bright paint. In the top image is the classic omega-shaped swirl of Mare Ingenii, also seen in this past featured image. The region of higher terrain is the rim of Thompson crater.

The lavas that formed Mare Ingenii flooded Thompson, leaving only the rim as a kipuka of older highland terrain.

The obvious question: how did swirls, like the one shown here, form? The leading hypothesis involves two main components - solar wind and crustal magnetic anomalies. The solar wind is a stream of charged particles coming from the Sun that normally interact with the Moon's surface, darkening it as one portion of a process called space weathering. On the Earth, the magnetic field acts as a shield and usually deflects the solar wind (when it doesn't, the solar wind interacts with the atmosphere, causing the northern lights). The Moon lacks a global magnetic field, but does have small, local magnetized regions within the crust. This is where we see the swirls. So the idea is that these local magnetic fields prevent the solar wind from doing its normal job of space weathering, and the surface stays bright. The stunning swirly pattern of the bright regions is likely due to the complex pattern of the magnetic field lines, which shield some areas and not others. 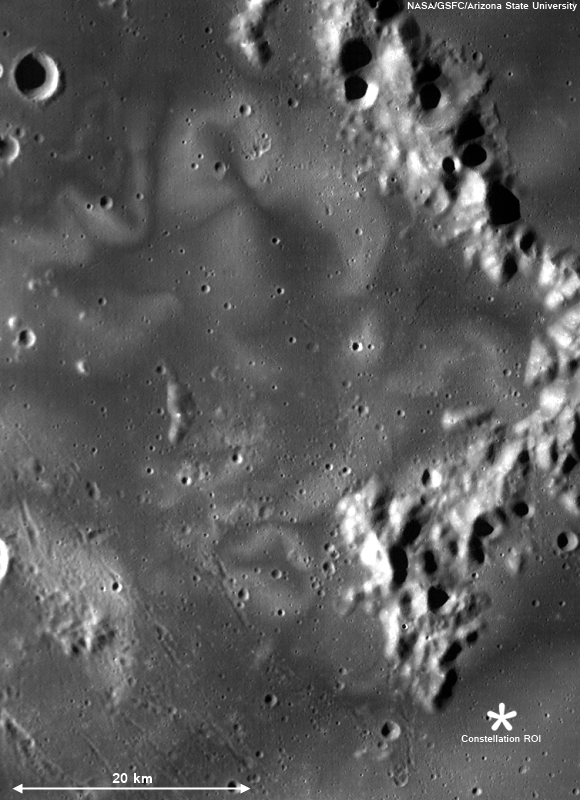 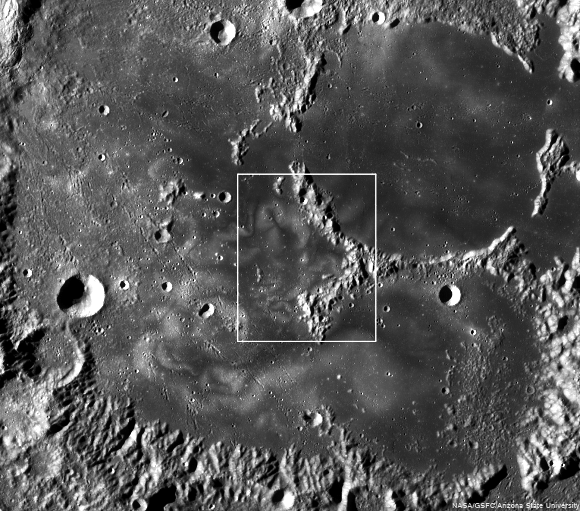 The LROC team is continuing to study the lunar swirls, including their color properties as observed in LROC Wide Angle Camera data, to learn more about how swirls form, the process of space weathering, the rate at which bright, freshly exposed material is darkened by space weathering, and why crustal magnetic fields are where they are.

We atAuroraare trying to join theList Top Engineering Collegesby creating new practices in the Engineering Education in India. We request you all to have a look at the site and deliver your valuable suggestions.

We can't see those things because they are way too far from us. However, seeing them with only these is really inspiring.