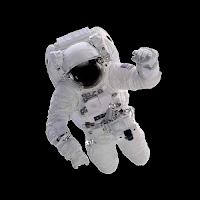 Following on the success of the Space Access international conference organized by ASTech in Paris in 2010, the ASTech International Conference - Developing Space - will address the expansion of scientific and economic activities into cislunar space, which is a topic of major importance for the future of space activities in the world, and more generally for the future of humanity.

To be held in the center of Paris, December 17-19, 2012, the conference will provide a unique opportunity for the European space community to present its projects and visions in a global international forum, with strong participation from established space powers (United States, Canada, Japan, Russia) and emerging space powers (China, India).

The first half-century of space activities has profoundly changed Earth’s society and economy for the better, with the development of a wide range of satellite uses: space telecommunications, navigation, positioning and timing, Earth observation for security, meteorology and climate monitoring, remote sensing for environmental surveillance and other economic and public goods activities. It has also transformed our view of the Universe and opened a new frontier for the expansion of human civilization, with the installation of a permanently inhabited facility close to the Earth, and the first human excursions to another celestial body, the Moon.

The second half-century of space activities will build on these foundations and become the era of exploitation of cislunar space and its resources by a combination of robotic and crewed systems, pursuing scientific, public service and economic goals. The objective of ASTech International Conference - Developing Space - is to address the technical and programmatic challenges of the expansion of humanity’s sphere of activities to cislunar space, which includes the various currently used Earth orbits (LEO, MEO, GEO), the Lagrange points of the Earth-Moon system, lunar orbits and the lunar surface, and the two Lagrange points of the Sun-Earth System which at 1.5 million kilometers from the Earth are the most distant places of the new zone soon open for exploitation by humans.