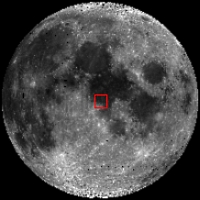 "Houston, Tranquility base here. The Eagle has landed."

With those words Neil Armstrong let the world know that the Apollo 11 lunar module Eagle had set down safely on the surface of the Moon (20 July 1969). They did it! A nearly impossible task, yet there they were, starkly alone, but in a real sense in front of millions of people back on Earth. Only ten other humans would follow Neil Armstrong and Buzz Aldrin to the lunar surface over the next three years. We have not been back since.

As we remember Neil Armstrong's many accomplishments after his sudden death this week, it is reassuring  to know that the descent stage of Eagle, and various scientific instruments remain untouched, as though the crew only left yesterday. These artifacts are a reminder that humans can accomplish nearly impossible deeds through cooperation and teamwork.

Once on the surface, Armstrong and Aldrin set about securing the LM and attending to various chores. After six hours it was finally time for Armstrong to head down the ladder. They only had a brief two and a half hours on the surface to accomplish many tasks. One of the first was obtaining a contingency sample (in case they had to leave in an unexpected hurry). Armstrong adeptly collected the sample with a scoop on a stick. After several scoops, he then carefully poured the soil and small rocks into a bag that he stashed in a hip pocket. Armstrong accomplished these precise operations with almost no time to acclimatize to 1/6th gravity! This and other samples collected by Armstrong and Aldrin would become the most studied geologic samples in history.

Shortly after completing the contingency sampling, Armstrong noted the magnificent scene before him: "It has a stark beauty all its own. It's like much of the high desert of the United States. It's different, but it's very pretty out here." Buzz joined Neil on the surface and shortly they raised the United States flag and then unpacked, and setup sophisticated science experiments (Early Apollo Scientifc Experiments Package, EASEP) and collected a comprehensive set of samples (one of the greatest science bonanzas ever!). You can easily find the EASEP hardware in the LROC images, just south of the LM descent stage.


As we remember all that Neil Armstrong accomplished during his storied career, LRO and LROC continue Armstrong's journey, collecting critical measurements that will enable America's return to the Moon.

Jump to the NAC frame showing Tranquility base. Scroll through all the LROC images of this historic site.

LROC's First Look at the Apollo Landing Sites
Apollo 11: Second Look
High Noon at Tranquility Base
A Stark Beauty All Its Own
Posted by Joel Raupe at 8:03 AM