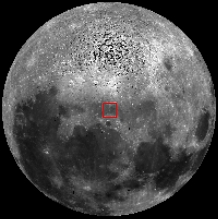 Blocky craters in the mare are frequently imaged by the LROC NACs. Today's Featured Image is a ~500 m diameter crater in Mare Frigoris with blocks and a central floor mound. The typical depth of excavation for simple craters is about one tenth of the crater diameter, so the crater above excavated mare material from up to 50 meters below the surface.

The excavated material is probably a combination of regolith breccias formed during the impact and ejected fragments of bedrock. Additionally, the ejecta closest to a crater's rim is usually from the deepest part of the crater, so the blocks near the rim are probably recently exposed mare basalt rocks excavated during impact.

The interior morphology of craters, whether they are bowl-shaped, have a central mound, or have benches, is dependent on impact mechanics and target properties. In the 1960s, laboratory cratering experiments successfully created crater landforms similar to those observed in Lunar Orbiter images. In several key papers1, Drs. Quaide and Oberbeck studied the effects of impacting conditions such as gravity, impact velocity, and the target surface with respect to final crater shape.

These scientific studies determined that the type of target material was a substantial factor in controlling interior crater morphology, and that different crater morphologies are formed based on the thicknesses of surface regolith atop stronger rock layers. The central mound observed in today's Featured Image can thus be explained as a result of an impact into a cohesive rock substrate overlain by a relatively thin layer of regolith. What do you think would happen to the interior morphology if the crater was bigger, or smaller?

Can you find additional craters with central mounds in the full LROC NAC frame? 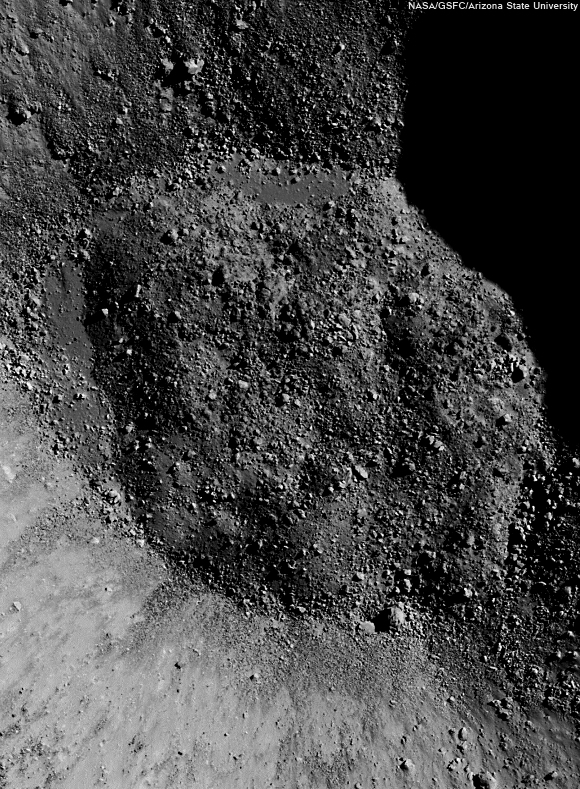