LROC: Looking over a four-leaf clover.. 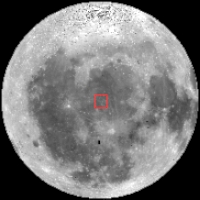 These large, ~500 m diameter, depressions are characteristic of secondary impacts on the Moon. When a bolide (asteroid or comet) hits the surface of the Moon a crater forms at the impact site. To create a secondary crater material is ejected from the impact site at about a 45° angle. If the ejecta travels less than the escape velocity, it falls back down to the Moon. Since the escape velocity on the Moon (~2.4 km/s) is much lower than that at which bolides typically impact the Moon (10-20 km/s) secondary craters often have a distinctive appearance. These lower velocity impacts result in irregularly shaped craters. Sometimes secondaries land in clumps and create distinctive patterns, such as the "four leaf clover" whimsically identified in today's Featured Image. 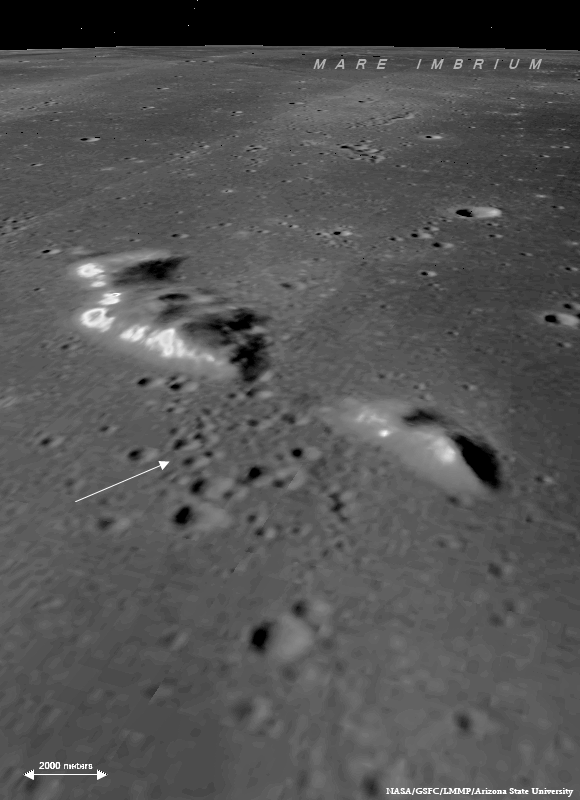 If the secondaries featured today were formed in another impact, which impact created them? The number of craters in our secondary group is fairly large, so the parent crater cannot be small. In the context image covering a slightly broader field of view below, other secondary chains (red arrows) appear to point to the southeast. Maybe zooming out further will reveal the mystery parent crater!

It looks like Copernicus is the parent crater! That makes sense. Copernicus fits our criteria. These secondary chains have been previously identified, but the fact that they were sourced from Copernicus crater hundreds of kilometers away is remarkable. The impact cratering process really is amazing.

Can you identify other secondary craters in the full LROC NAC frame, HERE?

Related Posts:
A Scar in the Highlands
The Rays of Messier A
Stream of Secondary Craters
Cluster of farside secondary craters
Posted by Joel Raupe at 3:56 PM