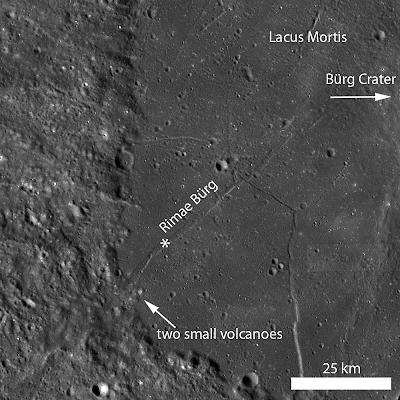 Rimae Bürg is a linear rille with an average width of 2 kilometers. The feature runs more than 60 kilometers through Lacus Mortis, "the lake of death," and continues into the highland terrain where it becomes obscured and reappears as a ridge. Illumination is from the west, and the star designates the location of the LROC Narrow Angle Camera highlighted as the LROC Featured Image, February 12, 2011. View the full-sized annotated mosaic, HERE [NASA/GSFC/Arizona State University]. 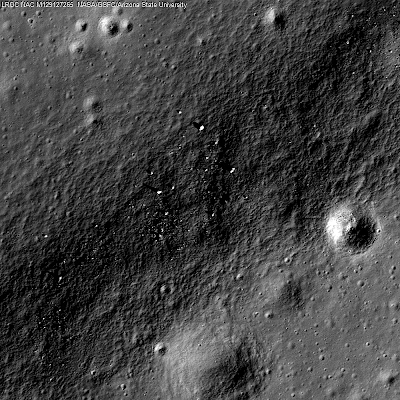 A portion of the shadowed, southern wall of Rimae Bürg is visible a subset of LROC Narrow Angle Camera observation M129127265R (LRO orbit 4163, May 22, 2010). The rille floor (upper left) is flat, attesting to the horst-graben normal faulting invoked by many as an underlying cause of the formation of many linear rilles on the Moon. Image field of view is 500 meters; illumination is from the west. View the full-sized frame HERE [NASA/GSFC/Arizona State University]. 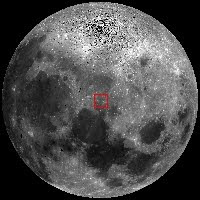 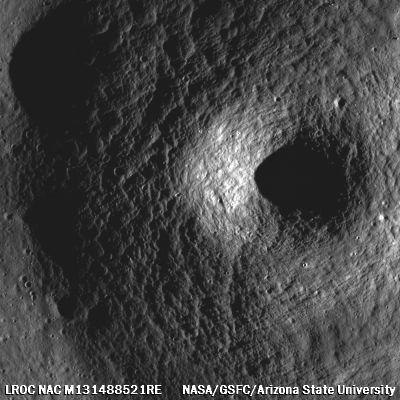 Most of the craters on the Moon formed through impact processes. However, some craters, like the one visible in this portion of LROC NAC frame M131488521R (LRO orbit 4511, June 18, 2010), may be a volcano summit pit crater. Crater diameter is ~400 meters and the image field of view is 923 meters; illumination is from the east [NASA/GSFC/Arizona State University]. 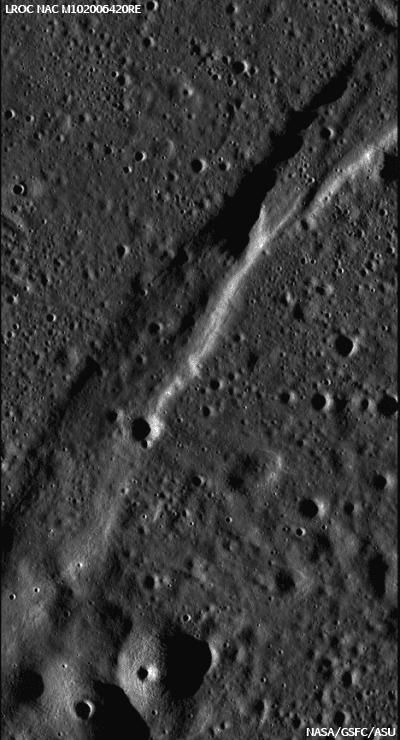 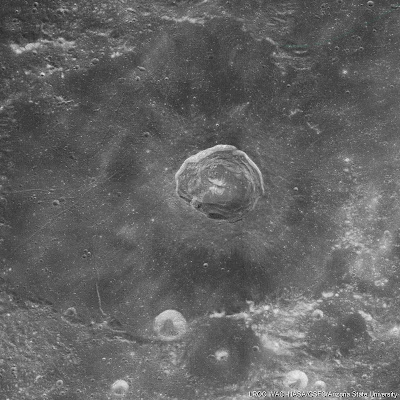 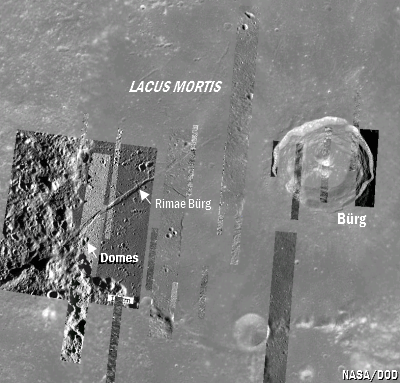 The "Elephant Skin" phenomena, a nearly ubiquitous dusty cross-hatch pattern on lunar slopes, may be a very appropriate term for a feature on the Moon after all. This montage of 19 LROC NAC and WAC frames, fixed to a Clementine albedo image of west Lacus Mortis, shows any single close-up of the Moon is like "the blind men and the elephant" revealing only a single set of features, and these only as they are seen under one state of illumination and conditions. A great many observations are needed to obtain a comprehensive picture of our dynamic "inconstant Moon" [NASA/DOD/GSFC/Arizona State University]. 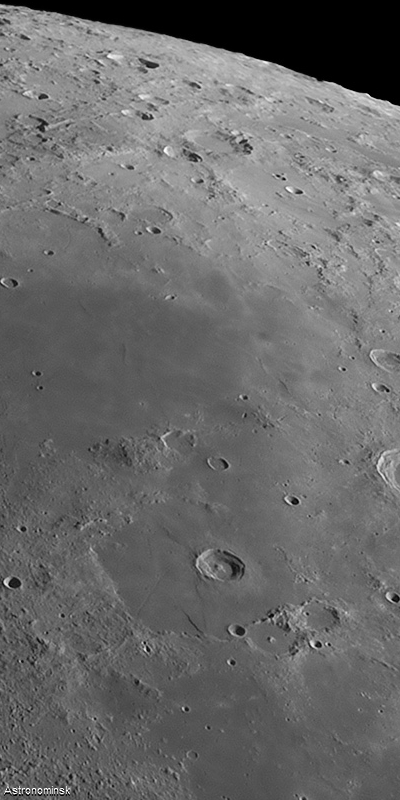 Older Posts:
Not your average complex crater
Lunar morphology in the lake of death
Blogger's Best for the Best
Terraced Wall of Bürg
Posted by Joel Raupe at 6:55 PM