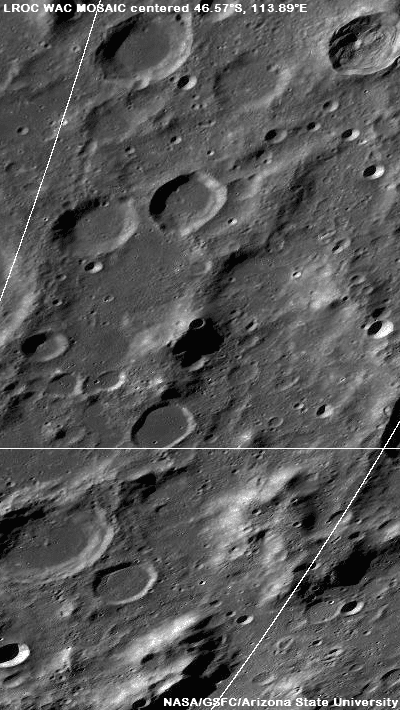 The recent release of the LROC Wide Angle Camera mosaic of the Moon's eastern hemisphere inspired Moon watchers to pour over a view filled with objects both unfamiliar as well as features that, even if familiar, are impossible to see from the same angle from Earth. On the eastern edge of Mare Australe a feature briefly caught our attention. In the long shadows appeared what seemed to be a classic volcano, around 46.57°S, 113.89°E. 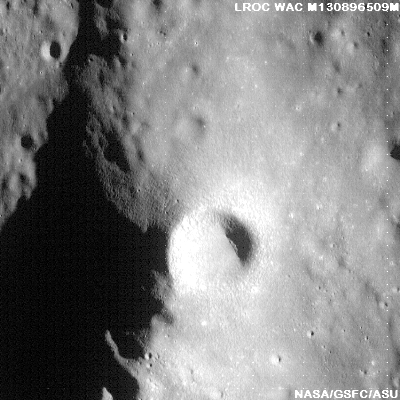 Total number of LROC EDR products released to date: 225,903 for a total 28.2 TBytes of images and ancillary files.

Total number of LROC CDR products released to date: 225,428, for a total of 55 TBytes of images and ancillary files.
Explore the new images on LROC's browse page.

September 16 marks the transition of the LRO mission from NASA's Exploration Systems Mission Directorate (ESMD) to NASA's Science Mission Directorate (SMD). Throughout the first phase of LRO's mission the spacecraft collected vast amounts of science data in support of NASA's exploration goals. The transition simply means that LRO science data will now support NASA's science goals. What does this transition mean in practice? For the most part the transition will be relatively seamless, with only a re-prioritization of special targeted observations. For example, the Constellation Regions of Interest will drop in priority and other high science value targets will have their priority raised.

The bottom line: LRO will continue to collect a bonanza of lunar science data.
Posted by Joel Raupe at 10:32 PM