X marks the spot on the floor of Stevinus 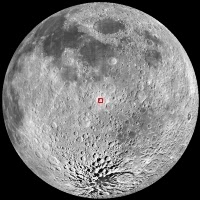 Today’s Featured Image is an LROC NAC image of an elongated mound (positive relief feature) located on the floor of Stevinus crater [32.49°S, 54.14°E]. The mound has a central fracture along its length, which intersects another perpendicular fracture, forming an "X".

Many mounds of various shapes and sizes are found on the floor of Stevinus crater, but most of them do not have fractures. How did the cracks form on this mound? Perhaps the mound was caused by the upwelling of impact melt beneath a thin solidified crust, as a hardened crust was pushed up it fractured forming the X. Similar morphologies are commonly observed on pahoehoe lava surfaces on the Earth and are known as tumuli.

Tumuli form when a slow moving lava beneath a brittle crust flows upward, due to an obstruction or a topographical discontinuity, causing the crust to fracture. In our FI, instead of lava, the molten material was impact melt.  Another difference between these lunar mounds and terrestrial tumuli is their size.  On Earth, tumuli are from 2 to 10 meters high; this lunar mound reaches a height of over 160 meters. This is probably due to the lower gravity on the Moon.

The rest of this spectacular processed LROC NAC observation can be seen HERE. Can you think of another formation mechanism?