Clementine - The Legacy, Twenty Years On 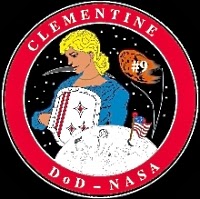 The first spacecraft to globally map the Moon left lunar orbit on May 3, 1994.  Clementine, a joint Department of Defense-NASA mission, had systematically mapped the Moon’s surface over 71 days, collecting almost 2 million images.  For the first time, scientists could put results of the Apollo lunar sample studies into a regional, and ultimately, a global context.  Clementine collected special data products, including broadband thermal, high resolution and star tracker images for a variety of special studies.  But in addition to this new knowledge of lunar processes and history, the mission led a wave of renewed interest in the processes and history of the Moon, which in turn, spurred a commitment to return there with both machines and people.  We peeked into the Moon’s cold, dark areas near the poles and stood on the edge of a revolution in lunar science.


Prior to Clementine, good topographic maps only existed for areas under the ground tracks of the orbital Apollo spacecraft.  From Clementine’s laser ranging data, we obtained our first global topographic map of the Moon.  It revealed the vast extent and superb preservation state of the South Pole-Aitken (SPA) basin and confirmed many large-scale features mapped or inferred from only a few clues provided by isolated landforms.  Correlated with gravity information derived from radio tracking, we produced a map of crustal thickness, thereby showing that the crust thins under the floors of the largest impact basins.

Two cameras (with eleven filters) covered the spectral range of 415 to 1900 nm, where absorption bands of the major lunar rock-forming minerals (plagioclase, pyroxene and olivine) are found.  Varying proportions of these minerals make up the suite of lunar rocks.  Global color maps made from these spectral images show the distribution of rock types on the Moon.  The uppermost lunar crust is a mixed zone, where composition varies widely with location.  Below this zone is a layer of nearly pure anorthosite, a rock type made up solely of plagioclase feldspar (formed during the global melting event that created the crust).  Craters and large basins act as natural “drill holes” in the crust, exposing deeper levels of the Moon.  The deepest parts of the interior (and possibly the upper mantle) are exposed at the surface within the floor of the enormous SPA basin on the far side of the Moon.

Clementine showed us the nature and extent of the poles of the Moon, including peaks of near permanent sun-illumination and crater interiors in permanent darkness.  From his first look at the poles, Gene Shoemaker (Leader of the Clementine Science Team) got an inkling that something interesting was going on there.  Gene was convinced that water ice might be present, an idea about which I had always been skeptical.  At that time, no trace of hydration had ever been found in lunar minerals and the prevailing wisdom was that the Moon is now and always had been bone dry.  With Gene arguing to keep an open mind and Stu Nozette (Deputy Program Manager) devising a bistatic radio frequency (RF) experiment to use the spacecraft transmitter to “peek” into the dark areas of the poles, we moved ahead on planning the observations.

To my astonishment (and delight), a pass over the south pole of the Moon showed evidence for enhanced circular polarization ratio (CPR) – a possible indicator of the presence of ice.  A control orbit over a nearby sunlit area showed no such evidence.  However, CPR is not a unique determinant for ice, as rocky, rough surfaces and ice deposits both show high CPR.  It took a couple of years to reduce and fully understand the data, but collection of the bistatic collection was successful.  In part, our ice interpretation was supported by the discovery of water ice at the poles of Mercury (a planet very similar to the Moon).  We published our results in Science magazine in December 1996, setting off a media frenzy and a decade of scientific argument and counter-argument about the interpretation of radar data for the lunar poles (an argument that continues to this day, despite subsequent confirmation of lunar polar water from several other techniques).

Along with Clementine’s success came a growing interest in lunar resources and a new appreciation for the complexity of the Moon.  This interest led to the selection of Lunar Prospector (LP) as the first PI-led mission of NASA’s new, low-cost Discovery series of planetary probes.  LP flew to the Moon in 1998 and carried instruments complementary to the data produced by Clementine, including a gamma-ray spectrometer to map global elemental composition, magnetic and gravity measurements, and a neutron spectrometer to map the distribution of hydrogen.  LP found enhanced concentrations of hydrogen at both poles, again suggesting that water ice was probably present.  The debate on the abundance and physical nature of the water ice continued, with estimates ranging from a simple enrichment of solar wind implanted hydrogen in polar soils, to substantial quantities of water ice trapped in the dark, cold regions of the poles.

Buttressed by this new information, the Moon became an attractive destination for robotic and human missions.  With direct evidence for significant amounts of hydrogen (regardless of form) on the surface, there now was a known resource that would support long-term human presence.  This hydrogen discovery was complemented by the identification in Clementine images of several areas near the pole that remain sunlit for substantial fractions of the year – not quite the “peaks of eternal light” first proposed by French astronomer Camille Flammarion in 1879 but something very close to it.  The availability of material and energy resources  – the two biggest necessities for permanent human presence on the Moon – was confirmed in one fell swoop.  Combined, the results of Clementine and LP finally gave scientists the Lunar Polar Orbiter mission we had long sought.  These two missions certified the possibility of using lunar resources to provision ourselves in space, permanently establishing the Moon as a valuable, enabling asset for human spaceflight.  Remaining was to verify and extend the radar results from Clementine and map the ice deposits of the poles.

The Clementine bistatic experiment led to the development of an RF transponder called Mini-SGLS (Space Ground Link System), which flew on the Air Force mission MightySat II in 2000.  This experiment miniaturized the RF systems necessary for a low mass, low power imaging radar.  With the 2008 inclusion of our Mini-SAR on India’s Chandryaan-1 lunar orbiter, we finally got the chance to build and fly such a system.  Chandrayaan-1 not only mapped the high CPR material at both poles, it also carried a spectrometer (the Moon Mineralogy Mapper, or M3) that discovered large amounts of adsorbed surface water (H2O) and hydroxyl (OH) at high latitudes.  Coupled with the measurement of exospheric water above the south pole by its Moon Impact Probe, Chandrayaan-1 significantly advanced our understanding of polar water, revealing it to be abundant and present in more varied forms on the Moon than had previously been imagined.

The ever increasing weight of evidence for the presence of significant amounts of water at the lunar poles led to the LCROSS experiment being “piggybacked” on NASA’s 2008 Lunar Reconnaissance Orbiter (LRO) mission.  LCROSS was a relatively inexpensive add-on, designed to observe the collision of the LRO launch vehicle’s Centaur upper stage with the lunar surface, looking for water in the ejecta plume of that impact.  Water in both vapor and solid form was observed, suggesting the presence of water ice in the floor of the crater Cabaeus (at concentration levels between 5 and 10 weight percent).  LRO orbits the Moon and collects data to this day.  Although much remains unknown about lunar polar water, we now know for certain that it exists; such knowledge has completely revised our thinking about the future use and habitation of the Moon.

The Clementine programmatic template has influenced spaceflight for the last 20 years.  The Europeans flew SMART-1 to the Moon in 2002, largely as a technology demonstration mission with goals very similar to those of Clementine.  NASA directed the Applied Physics Laboratory (APL) to fly Near-Earth Asteroid Rendezvous (NEAR) to the asteroid Eros in 1995 as a Discovery mission, attaining the asteroid exploration opportunity missed when control of the Clementine spacecraft was lost after leaving the Moon.  India’s Chandrayaan-1 was of a size and payload scope similar to Clementine.  The selection of LCROSS as a low-cost, fast-tracked, limited objectives mission further extended use of the Clementine paradigm.

The “Faster-Better-Cheaper” mission model, once panned by some in the spaceflight community, is now recognized as a preferred mode of operations, absent the emotional baggage of that name.  A limited objectives mission that flies is more desirable than a gold-plated one that sits forever on the drawing board.  While some missions do require significant levels of fiscal and technical resources to attain their objectives, an important lesson of Clementine is that for most scientific and exploration goals, “better” is the enemy of  “good enough.”  Space missions require smart, lean management; they should not be charge codes for feeding the beast of organizational overhead.  Clementine was lean and fast; perhaps we would have made fewer mistakes had the pace been a bit slower, but overall the mission gave us a vast, high-quality dataset, still extensively used to this day.  The Naval Research Laboratory transferred the Clementine engineering model to the Smithsonian in 2002.  The spacecraft hangs today in the Air and Space Museum, just above the Apollo Lunar Module.

It is probably not too much of an exaggeration to say that Clementine changed the direction of the American space program.  After the failure of SEI in 1990-1992, NASA was left with no long-term strategic direction.  For the first time in its history, NASA had no follow-on program to Shuttle-Station, despite attempts by Dan Goldin and others to secure approval for a human mission to Mars (then and now, a bridge too far – both technically and financially).  This programmatic stasis continued until 2003, when the tragic loss of Columbia led to a top-down review of U.S. space goals.  Because Clementine had documented its strategic value, the Moon once again became an attractive destination for future robotic and human missions.  The resulting Vision for Space Exploration (VSE) in 2004 made the Moon the centerpiece of a new American effort beyond low Earth orbit.  While Mars was vaguely discussed as an eventual (not ultimate) objective, the activities to be done on the Moon were specified in detail in the VSE, particularly with regard to the use of its material and energy resources to build a sustainable program.  Regrettably, various factors combined to subvert the Vision, thereby ending the strategic direction of America’s civil space program.

Clementine was a watershed, the hinge point that forever changed the nature of space policy debates.  A fundamentally different way forward is now possible in space – one of extensibility, sustainability and permanence.  Once an outlandish idea from science fiction, we have found that lunar resources can be used to create new capabilities in space, a welcome genie that cannot be put back in the bottle.  Americans need to ask why their national space program was diverted from such a sustainable path.  We cannot afford to remain behind while others plan and fly missions to understand and exploit the Moon’s resources.  Our path forward into the universe is clear.  In order to remain a world leader in space utilization and development – and a participant in and beneficiary of a new cislunar economy – the United States must again direct her sights and energies toward the Moon.

Note: Background history for the Clementine mission is described in a companion post at my Spudis Lunar Resources blog, HERE.


Originally published at his Smithsonian Air & Space blog The Once and Future Moon, Dr. Spudis is a senior staff scientist at the Lunar and Planetary Institute. The opinions expressed are those of the author but are better informed than average.

Some Related Posts
Posted by Joel Raupe at 6:34 PM