Tangle of talus at Schubert A 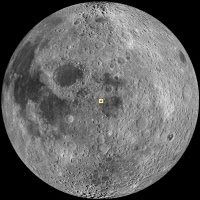 Mass wasting is a geologic process that acts on all planetary surfaces to erode or degrade landforms over time, and results from the downslope movement of rocks and soil under the influence of gravity.

On the Moon, the slope of a surface is a key influencing factor: the steeper the slope, the faster mass wasting occurs. Mass wasting is typically triggered by nearby moonquakes, some caused by impact events.

Mass wasting on the Moon can take many forms from rockfalls, the plummeting of a few boulders, to rock avalanches and landslides. Material moving downslope in a fluid-like manner is often called a debris flow. And even though water is not required to cause debris flows, the resulting landforms resemble rivers of rock particles. At the base of the slope where mass wasting occurs, a mound of material piles up, called a talus deposit. The portion of Schubert A crater shown in the opening image exhibits the scars of many dry debris flows terminating in a mounded talus deposit, near the base of the crater floor.

This talus deposit appears to be size or density sorted, with coarse material in the lower unit and a patina of finer materials on top. Perhaps a coarser mix of material was dislodged from the crater wall initially, as the result of a triggering event, while finer material continued to slide downslope after the main failure.

Explore these debris flows in the full resolution NAC, HERE, and see if you can figure out why they are so dark (hint: look for materials eroding from near the crater rim).