Wrinkled? Yes, but how old? 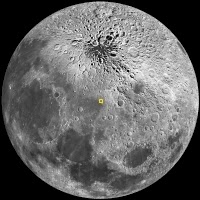 Wrinkle ridges are not only some of the most striking features that wind their way across the lunar mare, but they are also extremely informative. Wrinkle ridges are the surface expression of tectonic stresses, and from observing the morphology of the ridges, we can interpret the tectonic history of the regions in which they are found.

Mare Frigoris hosts intricate systems of intertwining wrinkle ridges, suggesting a complex history. It is thought that this area was a topographic low that was later filled in with dense mare, causing the less dense anorthosite crust to sag as it underwent isostatic adjustment. The sagging resulted in compression at the surface, and the development of wrinkle ridges. As the crust was compressed it fractured, and long linear stretches of crust were pushed on top of itself thus forming these fascinating ridges.

The ropy appearance of the ridges in the WAC context image above are a testament to the complex motion that took place within the rock, indicating multiple directions of stress. Though most of the tectonic activity that produced wrinkle ridges in Mare Frigoris is thought to have occurred ~2.6-3.8 billion years ago, recent work suggests that wrinkle ridges may have formed in this region only 1.2 billion years ago. Believe it or not, that is young (for the Moon at least)!

Who knew wrinkles could be useful? Explore the Moon's wrinkles for yourself, HERE.