The LROC targeting team had already extensively mapped the interior of Copernicus before the brief period last August when the low point in the LRO polar orbit was reduced by half, sometimes below 25 kilometers. Copernicus might be the most photographed lunar crater after Tycho. Both of these relatively young impact craters are difficult to miss in any view of a waxing Moon seen from Earth. Both craters center on extensive and bright ray systems, and Tycho's being the youngest of the two can be picked out with the naked eye.

Copernicus, though larger than Tycho, seems less intense, almost smudged, and, indeed, it is more faded a more along in years, nearly old enough for the inevitable effects of space weathering to have gardened its face with optical maturity.


As LROC team member James Ashley was spotlighting the melt fractures of Jackson crater earlier this month we were already performing a survey of the same features on the floor of Copernicus, particularly within the crater's north-central and "more featureless" interior. The melt fractures within Copernicus seem more extensively gardened, and may have formed in a somewhat different way than those at Jackson. At Copernicus there seems to have been, or still may be, voids under the impact melt, and some evidence of what may be bubbling, places that seem to be half-submerged solid rubble on the floor of Tycho, for example, may be place where gases were trapped for a time, escaping after the impact melt had rapidly cooled and solidified.

Zoom in, out and around this area of interest in Copernicus using the LROC QuickMap, HERE, in views like the one below. 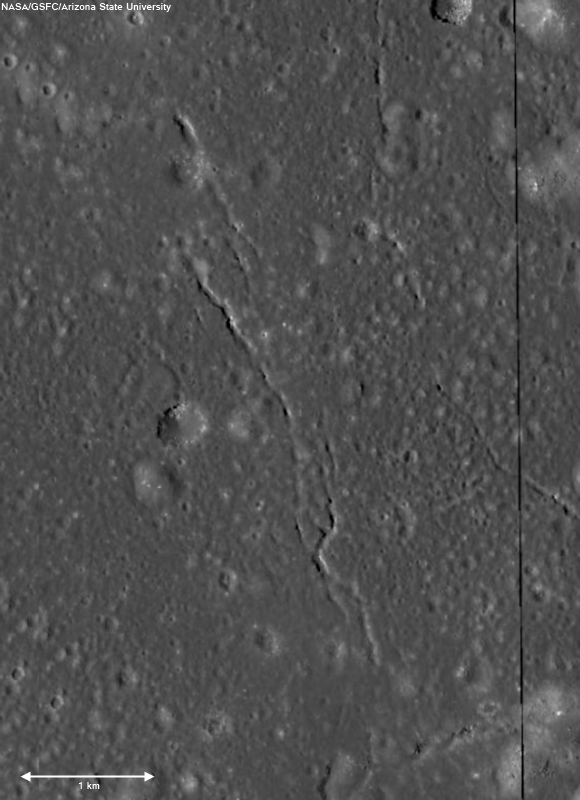 This is really a great article you are a good writer. Thanks for sharing this precious information...