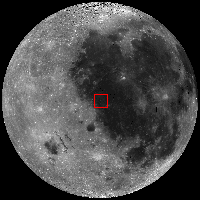 In today's Featured Image, long continuous shelves can be seen in the steep walls of Galilaei crater! How did they form?

When Galilaei crater formed, the impacting bolide punched through a thick mare basalt. The lines define layers that are consistent in thicknesses and blockiness over large distances. Geologists have studied thick basalt deposits in great detail on the Earth. In most cases the terrestrial examples were formed as many lava flows stacked up one above the other. The layers seen in today's Featured Image are about the same thickness as those found in flood basalts on the Earth and found elsewhere on the Moon. Taken together, these observations favor the lava flow interpretation. Future astronaut geologists will surely visit such layered deposits, and confirm if they really are individual flows or not.

How many layers do you see in the full NAC frame?