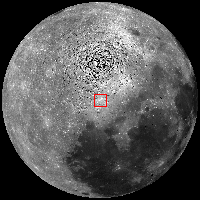 
What created the chevrons in today's featured image? Chevron textures like these are secondary results of impacts. As ejecta is thrown out of its parent crater, the ejecta crashes back into the surface creating secondary craters and small linear streams of locally derived immature material.

Even better, the chevrons created during this process point back towards their parent crater! These features are not scale dependent, as we observe chevrons on both small and large craters.

So if these chevrons were formed from a recent impact, where is the parent crater?

The (original) context image (accompanying the LROC Featured Image) doesn't reveal any obvious choices, but they could be outside of this image. Try looking for potential candidates using the LROC QuickMap (don't forget to change the projection for the north pole).


Ed. Note:  Drew Enns is correct about the original WAC mosaic showing no obvious crater of origin for the ejecta field and pattern shown in detail in the Featured Image. It "could be outside" the area covered in that same image, and thus also in the WAC mosaic, shown at 60 meters and 240 meters per pixel resolution, respectively, immediately above. But it isn't. Comparing the narrow and wide angle fields of view above, the subtle ejecta patterns and especially differences in crater ages in the area appears to point toward the unnamed ~3 km crater about 12 kilometers up over the crest of the slope from the area highlighted in the Featured Image. But, if the welcome exercise draws interest to the dramatic improvements in the LROC QuickMap, it was well worth the investigation!

Are there more ejecta deposits within the full NAC frame? 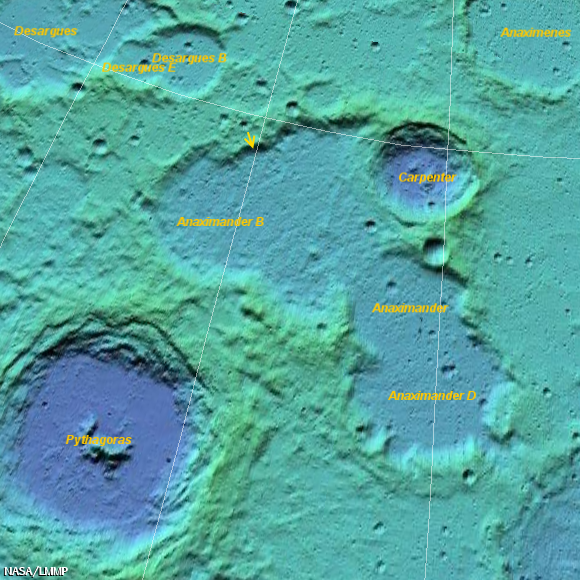