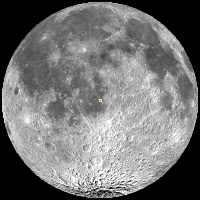 Wrinkle ridges on the Moon are positive-relief tectonic features found predominately in mare, although some even occur inside craters.

Tectonic forces that created the wrinkle ridges were caused by the sinking of high density basalts that poured over the crust (lower density) during the formation of the maria.

The opening image shows a portion of a wrinkle ridge located in Mare Nubium. The slope of this ridge is littered with boulders, which have higher reflectance than the surrounding material. Where do these boulders come from?

They were likely eroded from the fragmented basalt by seismic events from nearby impacts. The bedrock (mare) was pre-fractured during the formation of the wrinkle ridge, thus the boulders' size and shape likely represents these small scale internal fracture patterns. The ridge is still eroding today! New boulders will erode out of the edge of the ridge until there is no more ridge to erode, while the boulders will be turned to dust by micrometeorite bombardment.