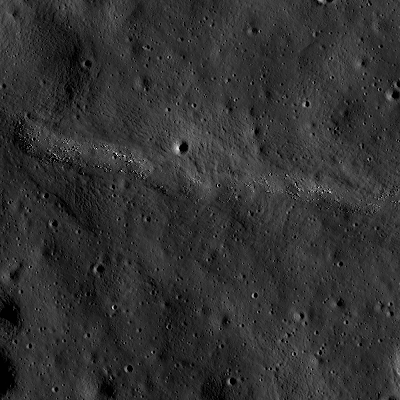 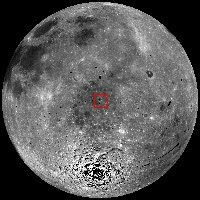 This small ridge is a one of several wrinkle ridges within Jenner crater.

Wrinkle ridges often form in mare units due to compressional stress. The floor of Jenner crater was completely covered by lava, and the weight of the lava may have resulted in a slight sinking of the crater floor, resulting in compression and buckling of the mare deposit. The mare was thick enough that only its central peak and a few terraces remain unburied! But how are scientists sure that this crater is filled with lava and not impact melt? 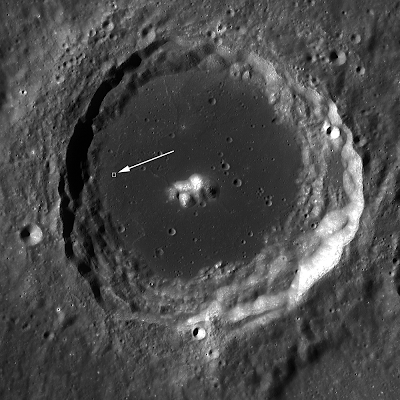 Context image of Jenner crater. The field of view of the LROC Featured Image close-up, released June 21, 2011, is located in the white box. LROC Wide Angle Camera (WAC) contextual field of view above is 100 km. View the full-size WAC image HERE [NASA/GSFC/Arizona State University].
Our first clue are the wrinkle ridges that commonly form in mare, but this is not enough evidence. Other useful observations are the volume and texture of the crater floor. Tycho crater (86 km diameter) is an example of a crater with impact melt covering most of its floor. However, Tycho's floor has a rougher, more chaotic texture than Jenner.

Jenner's floor is smooth, much more similar to a mare surface than to the impact melt deposits within Tycho. The smoking gun comes from mineralogical data. Clementine multispectral data of Jenner shows a mafic signature, indicative of a mare unit. Looking at these variables, Jenner is more similar to other mare flooded craters, such as Archimedes crater, than to Tycho crater.

Look at the crater floor in more detail in the full NAC, HERE. 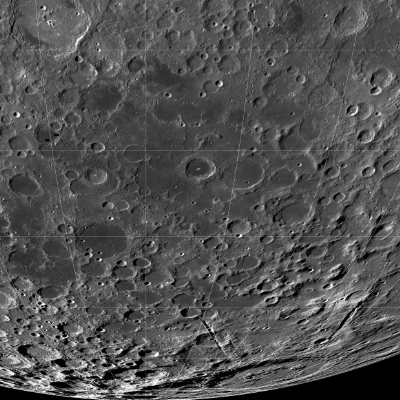 Just beyond the 90th Meridian east, Jenner (at upper center) is a challenge for Earth-bound observers, who's seeing is limited to a grand total of only fifty-nine percent of the Moon's surface, and then only during the most favorable of conditions, like the lower elevation ponds of Mare Australe that surround it. In the LROC WAC mosaic of the Moon's eastern hemisphere, released late last year, it's an easy find in south-southeast [NASA/GSFC/Arizona State University].
Related Posts:
Chaotic crater floor in Tycho
The Floor of Tycho - Constellation ROI
Archimedes - Mare Flooded Crater
Posted by Joel Raupe at 11:56 PM