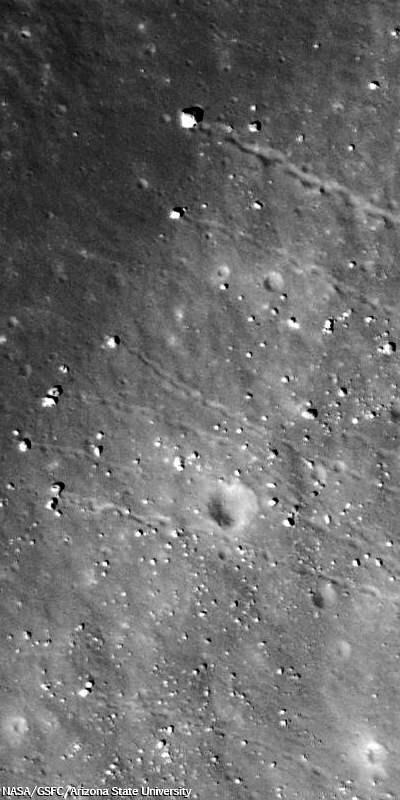 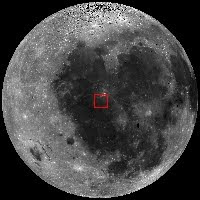 Like snowballs rolling down a ski slope, these boulders create clear impressions in the lunar regolith before coming to rest at the base of the slope (the floor of a closed depression in Oceanus Procellarum near Aristarchus crater).

We see them lining up where the slope angle changes. If they had been rolling quickly, we would expect that some of them would be carried beyond this point by their momentum. The fact that most of them line up nicely at the break in slope therefore tells us that they moved slowly in the low-gravity lunar environment, perhaps taking a long time indeed to complete their journeys down the slope, and that simply arriving at the floor was enough to prevent further travel. 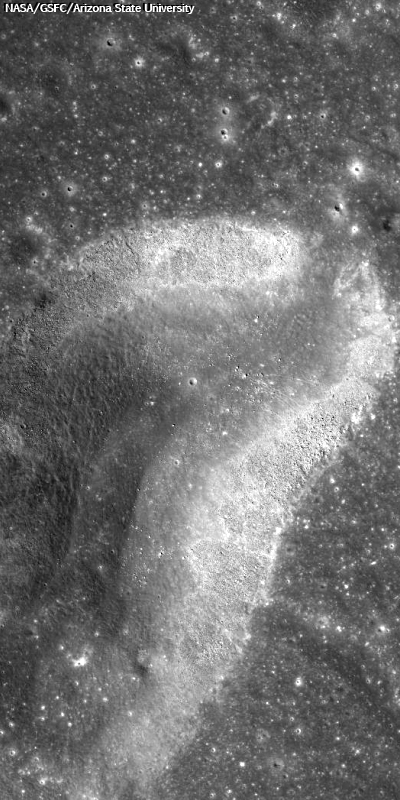 Context image from NAC frame showing perimeter of rille floor and greater area of boulder coverage; image is ~1.3 km across [NASA/GSFC/Arizona State University].
The larger NAC context image shows similar downslope boulder rolls have occurred around much of the depression perimeter. The full NAC image shows the surrounding mare beyond the depression, and also helps to illustrate the origin of the depression floor: it seems to be the result of flow into the depression from mare material outside the depression. A breach in the wall can be seen at the north end of the feature, with mare material flowing downslope and partly filling the valley below. Is this telling us something about the timing of the depression formation relative to mare formation? What other clues would you look for to prove your hypothesis? What kind of depression is this ... a short rille, volcanic caldera, or something else? 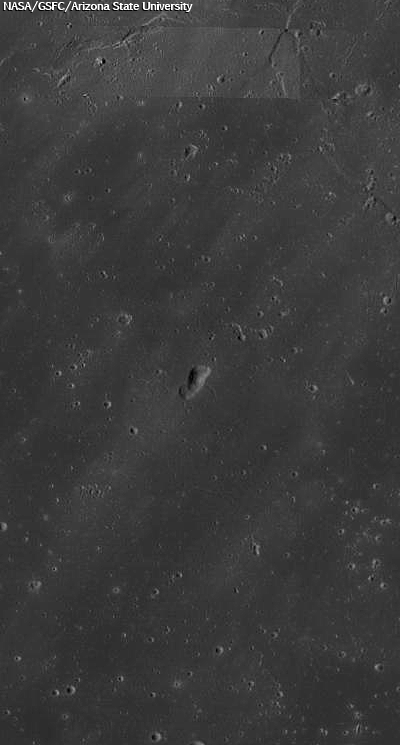 A portion of the global WAC mosaic showing the Featured Image central depression and surrounding mare of Oceanus Procellarum; image is ~57 km wide; north is up; bright ejecta rays are from Aristarchus crater to the northeast [NASA/GSFC/Arizona State University].
Related Posts:
Boulders in Aitken Mare
Boulder in Recht crater
Posted by Joel Raupe at 4:48 PM