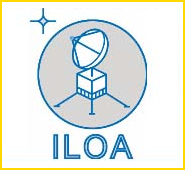 The International Lunar Observatory Association (ILOA), led by American businessman and educator Steve Durst, plans to place an astronomical observatory on the Moon to capture never before seen images from that unique vantage point, and in turn broadcast them back to Earth in support of the worldwide Galaxy Forum 21st Century Education program.

A Galaxy Forum was held earlier this month in San Jose California.

A "Global Demonstration" of the International Lunar Observatory precursor instrument (ILO-X) was conducted by ILOA and Moon Express and hosted by the Canada-France-Hawaii Telescope during the late hours of July 23 from Mauna Kea summit, on the Big Island of Hawai'i.

Astronomers from the United States, Canada, China, Japan and Europe took part, demonstrating international collaboration enabled with the participation of the commercial space sector. The instrument was made available through the Internet, operating as though on the Moon and capturing the galactic center at First Light. and images of deep sky objects inside and outside of our Milky Way Galaxy.

"The primary goal of the International Lunar Observatory is to expand human understanding of the galaxy and beyond through observation made from the Moon," Durst said.

Durst, ILOA founder and director, said, "we are very encouraged by our Global Demonstration and are excited about sending the ILO-X to the Moon."

ILOA also announced plans to strengthen their presence on Hawai'i by setting up an international headquarters and research center in Waimea this year. Preparations for the deployment of the teleoperated ILO-X observatory on the Moon are under development by Moon Express, a commercial lunar transportation company based at Ames Research Center in California.

Moon Express is among teams in competing in the Google Lunar X-Prize contest.

Moon Express has completed designs and is presently building ILO-X as a first Moon-based observatory. About the size of a shoe-box, ILO-X will utilize advanced optical and technology to deliver unique Deep Sky images of the galaxy and beyond.

"We're thrilled to be part of the ILO team, reaching for the Moon," said Moon Express CEO and co-founder Bob Richards.

The ILO-X is the planned precursor to a permanent installation of a larger, more powerful International Lunar Observatory near the Moon's south pole. ILOA and Moon Express have established a Joint Venture Agreement for the South Pole mission, currently in planning. The ILO missions are expanding the model of commercial space investment to the South Pole of the Moon to do science, education, exploration and commercial activities - such as Lunar Broadcasting of Space Calendar and Lunar Enterprise Daily through affiliated Space Age Publishing Company.