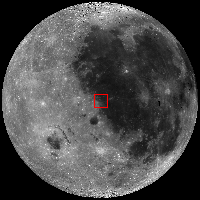 
The problems encountered by the Russian Federation after the launch of Fobos-Grunt on November 9, when compared with the apparent ease NASA is experiencing, thus far, in getting Curiosity through the present Martian launch window, might tempt fools to dismiss Russia's interplanetary skill. Russian morale might be threatened but we're reminded yet again that Space is relentlessly intolerant of cutting corners or under-funding. The Great Galactic Ghoul, that cosmic gremlin supposedly spoiling to ruin Mars and Moon missions alike, spends most of its time here on Earth.

Off-planet, when Institutional Memory is applied efficiently, the Russians are a match for anyone.

Friday, December 2 is the 40th Anniversary of the first soft-landing on Mars, and Russia's Mars 3 lander was successful, though the lander operated on the surface only 20 seconds, back in 1971. Saturday, December 3 is the 12th Anniversary of the loss of America's Mars Polar Lander in 1999. Thus, the success of Curiosity is by no means a sure thing. When space exploration begins to look too easy disaster waits patiently at the door.

The first vehicle soft-landed on the Moon (and the last one landed there, a decade later) were strictly Made in Russia. Embarrassing and often tragic, spectacular failure also often fuels political will, without which governments accomplish nothing.  After a latter-day purge of Russia's unmanned mission contractor NPO Lavochkin, the legacy of Fobos-Grunt may help guarantee eventual success for Luna-Grunt and the other lunar missions Russia has in the works.

If all goes well, beginning next month, the United States will support five spacecraft exploring the Moon simultaneously, the most prominent among them the record-smashing LRO. Following decades of a near total neglect of its hard-won and expensive lunar legacy, America owes a revival of interest in Earth's Moon directly to the loss of Columbia in 2003.

An early priority for LRO was a survey of human artifacts on the Moon. Delivering spectacularly on that assignment were Mark Robinson, principle investigator for the Lunar Reconnaissance Orbiter Camera (LROC), together with his team at Arizona State University. Their most newsworthy success, quite naturally, were many high resolution history-making photographs of the relics and footprints from the Apollo program.


A steady stream of LROC Narrow Angle Camera (NAC) views were released during the LRO Nominal Mission revisiting the remains of a host of U.S. and Soviet spacecraft, both impact craters and the intact sentinel spacecraft themselves following hundreds of lunar days and nights. Each of these Featured Images released by LROC has fired the imagination while calibrating and confirming some very old, often incomplete sets of data.


Finding Lunokhod 1 (38.316°N, 324.996°E), for example, was an overdue accomplishment. It was the first robotic rover on another world, equipped with a laser range reflector that had eluded detection for decades. Its addition to the passive network of reflectors set up by Apollo 11, 14 and 15, together with its French-built twin on Lunokhod 2 allowed the measuring of the Earth-Moon distance to within 3 mm, the missing tolerance needed to test whether a range of physical laws were exclusive to our neighborhood in the universe.

A compendium of LRO's definitive findings, LROC Coordinates of Robotic Spacecraft, put together by Samuel Lawrence at ASU, was released April 5, 2010.

Though the list has not been updated since, it's still spectacular. For the first time, for example, anyone with an Internet connection can see precisely what happened when the third stage of the Saturn V that pushed Apollo 13 around the Moon impacted with the lunar surface. And planetary scientists have a precise date on a fresh impact crater on the Moon, as well; a standard useful for dating optical maturity and space weathering. We no longer have to imagine if the footprints are still there and decades of doubters can precisely see for themselves how the astronaut's surface photography matches the landscapes as seen only 45 (and more recently 25) kilometers away.

Still, the table put together by Lawrence can't yet be comprehensive.

A search for the place where Luna 2 became the first man-made object to impact another world in 1959, for example, is fraught with uncertainty. Those official coordinates are necessarily wide of mark, if only because the precise location of the Moon itself, and its surface, would never again be less well understood than before the Russian measured the time of impact for Luna 2.

A search for Luna 2 using those rounded-off coordinates brings the investigator west of Autolycus, to a 22 square kilometer area where there are at least two, perhaps three, fresh craters with the proper wispy signatures. One of them shows signs of a unique debris field, perhaps dotted with a cluster of the impact-resistant Soviet flag-engraved metal balls reportedly loaded on Luna-2. A surface expedition will be needed, in other words. As amazing as it is, however, even the LROC Narrow Angle Cameras have their limits.

At the very edge of those limits is Luna 9, the 99 kg.lander the Soviets succeeded in soft-landing on the Moon on February 3, 1966. In Multiple NAC footprints covering the target area uploaded to the Planetary Data System, even by April 2010, it was easy to see the LROC team had already earnestly tried to find that historic relic. But Luna 9 wasn't on the list put together by Lawrence.

As noted expert on lunar artifacts Phil Stooke of the University of Western Ontario put it, finding the very first vehicle soft-landed on the Moon was "problematic," even with the proven sensitivity of the twin LROC Narrow Angle Cameras.

There is lingering dispute about the true landing site, though the central difficulty in finding Luna 9 is probably the small spacecraft's low profile. Its instrument housing is barely at the half-meter limit to the LROC NAC Nominal Mission resolution. And, because discussing Luna 9 without seeing its mission in the context of the Cold War would be incomplete, a brief comparison with Surveyor, its very real competition, is necessary.

The Russians beat Americans to the Moon in 1966 by only five months. Samuel Lawrence had already written up and released LROC's first views of "Surveyor 1 - America's first soft lunar landing," on September 30, 2009. That observation (M102443995L) swept up the first U.S. lander very early in LRO's Commissioning phase, in orbit 272, when LRO was still flying at twice its Nominal mission altitude, from 102.4 km overhead. That survey of the floor of Flamsteed P was photographed at less than half of the planned LROC NAC resolution; at 1.08 meters per pixel, the Surveyor 1 tripod in profile was barely visible, identifiable mainly in its long shadow at local sunset.The Surveyor design featured a central mast with square solar panels at the top, standing high like a flag. That aided in identifying all five of the successful Surveyor landers, right they sat.

Unlike its Google Earth icon, seen in Fig. 1, Luna 9 was not standing like an egg, balanced on one hemisphere. After its landing and activation Luna 9 was at tilted, and from slight changes in the background seen in its five photographic panoramas we can tell Luna 9 shifted slightly after deployment.


The low profile and squat, efficient design of Luna 9 have made it difficult to definitively locate, either somewhere in the expansive plain to the north or near the official position somewhere on a 500 meter high hill, nor on their slopes. All of the area was extensively photographed from LRO, from high altitudes and low, under high Sun and low Sun, with LRO rolled and looking down from directly overhead. If the little vehicle has been captured (which seems certain) what would distinguish its egg shape from thousands of boulders more or less the same size?


It's a safe bet Samuel Lawrence and others on the LROC team encountered this difficulty head-on, with the determination and resourcefulness of a Cold War photo-analyst pouring over U2 photographs of Cuban missile sites.

In fact, it would be the height of presumption on our part to claim to have done anything more than retraced their steps. It's impossible to believe a candidate object we stumbled on, within their choices of photographic session, hasn't already been considered or scratched off the list. Were it not for something that may turn out to be simply an artifact of digital compression we wouldn't take another look.


What follows are two sets of images, selected from two separate LROC NAC observations, focused on an "object of interest" at sunrise (Figures 5a and 5b), when the Sun was less than 5 degrees over the east horizon, when long shadows allow for depth perception, and then (in Figures 6a - 6d) where, at less than 8° north of the equator, the Sun was high overhead and depth perception gives way to a search for subtle variations in brightness or optical maturity.


On the 500 meter hills, south of "the plain of descent," under an afternoon Sun:


Using the popular open-source program Orbital Simulator, "reseferina1" created this interesting simulation of the Luna 9 mission in 1966. Though fun, it too, unfortunately, made the thing look far too easy. The originating YouTube page is HERE.
Posted by Joel Raupe at 8:39 PM

Hi - nice article! I am a bit dubious about this because it sits in a small crater, which I think would be obvious in the panoramas.

Thanks, so much Phil. The compliment means a lot coming from you. I know you've mapped the site, based on the panoramas, and I may not have communicated how dubious I am about this "candidate object."

I would think particularly the west wall of that shallow crater would be obvious, too. I can think of a number of ways why it would be more obvious from a height than from the POV of the Luna 9 camera.

I wonder where Samuel Lawrence has marked candidate objects, and yourself, if you've had the time. I wish he's update that list they published in April 2010! Guess they figure these sites won't be going anywhere.

Amazing how elusive some of the impact sites have proven to be. The best site I've found for Kaguya, for example looks like a subsequent minor landslide covered the expected evidence.