Boulder clusters on a ridge crest 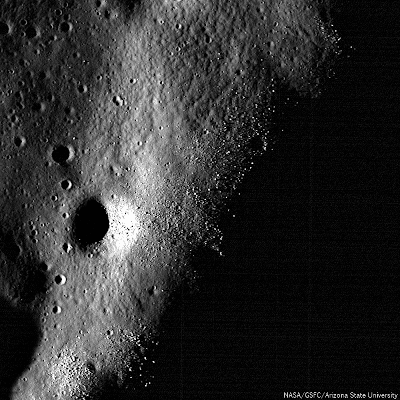 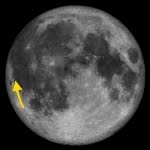 The LROC NAC observes boulders and blocks located in and around many geologic features on the lunar landscape. How did the boulders get there? Some blocks are observed in ejecta blankets (and the crater itself!) and others are eroding out of sinuous rille walls and the central peaks of craters. Yet others, like the LROC NAC close-up above, highlights boulders that are eroding out of a wrinkle ridge crest.

Today's Featured Image is located to the east of a previous post that examined the presence of several boulder clusters at the crest of a wrinkle ridge in Oceanus Procellarum (see LROC WAC mosaic below for context). 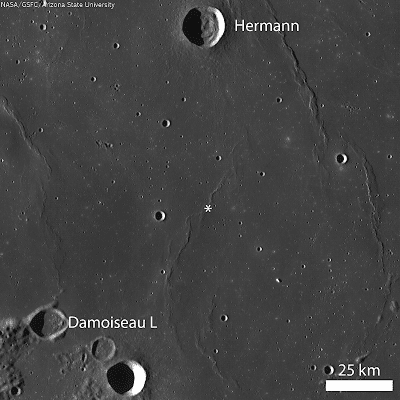 LROC Wide Angle Camera (WAC) monochrome mosaic featuring the wrinkle ridge in the opening NAC image, noted with an asterisk. See the very full-sized (1500 x 1500) context image release HERE [NASA/GSFC/Arizona State University].
Unlike the wrinkle ridge to the west, today's wrinkle ridge crest is nearly covered in clusters of boulders ranging from about 1 - 6 m in diameter. However, while most of these blocks originate from the ridge itself and are erosive products, there is an ~115 m diameter crater superposed on the wrinkle ridge with boulders scattered along the illuminated wall. Could some of the boulders on the wrinkle ridge be a result of this impact event? Certainly! To test this hypothesis, look for small indentations where the ejected boulder hit the surface. However, if you look carefully at the opening image, there are no boulders on the western rim of the crater, and, of course, the shadow along the western crater wall makes it very difficult to tell if there are boulders there.

It is possible that the boulders on the illuminated portion of the crater wall are a result of post-impact modification and erosion within the crater itself and that these boulders are not from the top of the ridge - there are no visible boulder trails. Based on these observations, the boulders probably are eroded (and eroding!) fragments of ridge material fractured during deformation, and while LROC scientists do not have a definite answer at this time, they are analyzing hundreds of LROC NAC images with bouldery wrinkle ridges to try to solve this question!
Take a look at the length of the wrinkle ridge in the full LROC NAC frame - is there any evidence that some boulders do not originate from the ridge crest?
Related posts:
Wrinkle ridges of northwest Mare Imbrium
Constellation Region of Interest at Mare Tranquillitatis
Crisium's Constellation Region of Interest
Wrinkle ridge in Oceanus Procellarum
Wrinkle Ridge Near Montes Teneriffe 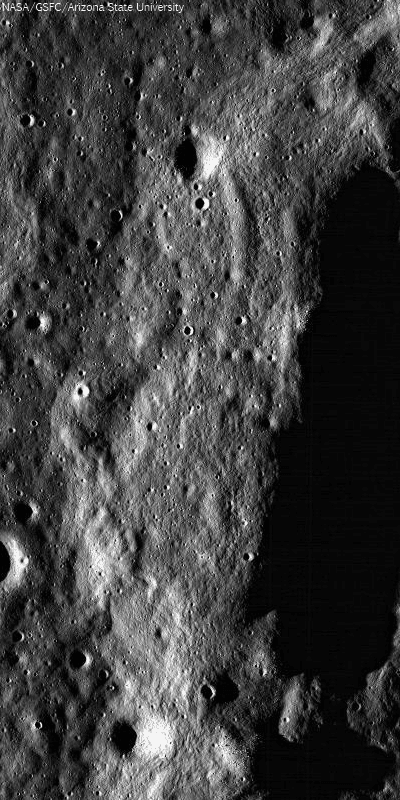