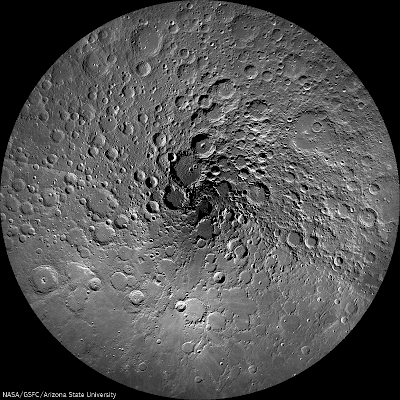 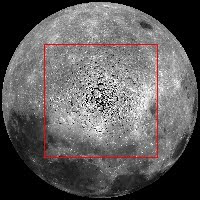 One of the primary scientific objectives of the Lunar Reconnaissance Orbiter Camera (LROC) is to identify regions of permanent shadow and near-permanent illumination. Since the start of the nominal mission, LROC has acquired thousands of Wide Angle Camera (WAC) images approaching the north pole. From these images we produced two very different types of mosaics. The more conventional mosaic is shown above and is composed of 983 images taken over a one month period during northern summer. This mosaic shows the pole when it is best illuminated, regions that are in shadow are candidates for permanent shadow. The best way to determine lighting conditions with image data is to take many pictures over a year and stack them up. From orbit-to-orbit, the WAC frames overlap from about 88Â°N to the pole. At each point you count how often that pixel is illuminated and create a percentage illumination map. You can also think of this mosaic as a multi-temporal mosaic. 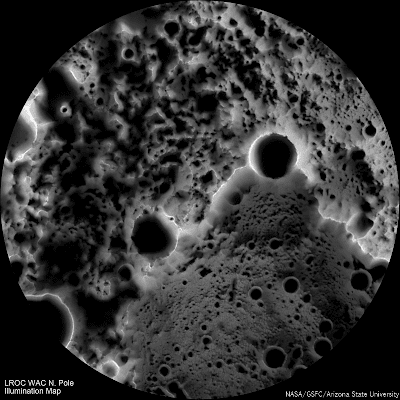 WAC illumination map, brighter tones represent areas with more illumination during a year, the area shown is from 88°N to 90°N. Full-size release HERE [NASA/GSFC/Arizona State University].
A more dramatic way of displaying this multi-temporal dataset is the movie (600 m/p). below, posted on YouTube. Download the full-resolution Movie, HERE. Watch closely - can you spot any regions that are nearly always illuminated?

Navigate your way to the north pole with the full resolution (100 m/p) WAC mosaic!

Check out the full size co-registered north and south polar frames in the LROC archive.

More information on the WAC global mosaic and WAC polar illumination studies was presented at the 42nd Lunar and Planetary Science Conference, earlier this month. 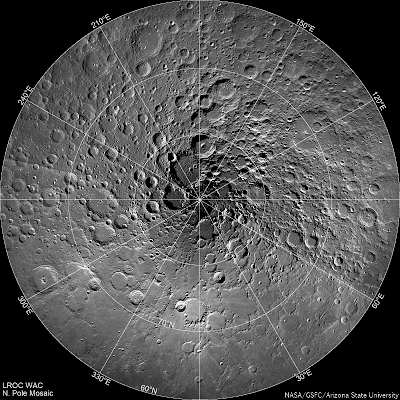