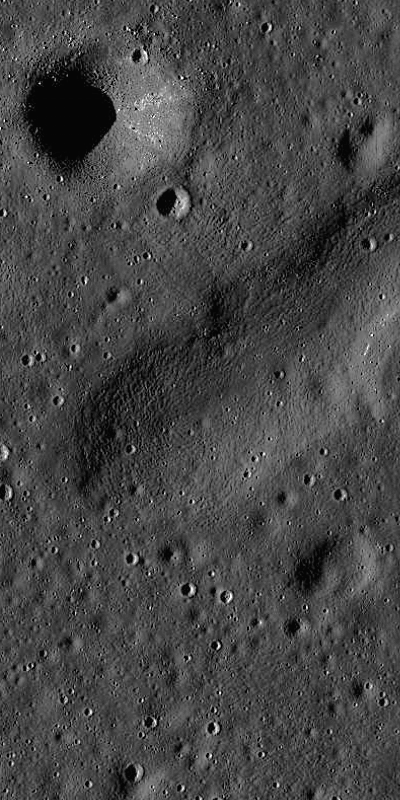 Rilles can be formed by two basic processes: tectonism producing a graben due to faults running beneath the surface or volcanism carving long channels out of the surrounding terrain. Which process formed this rather short rille? The answer is likely volcanism. Two observations support this hypothesis. First the rille is located on a mare surface, itself created from volcanism, and second the rille is not straight, which can be seen in the WAC context image below. However, this does not rule out tectonism. Faulting can, and does, occur in volcanic plains, and faults are never perfectly linear. It's also possible that both forces helped shape the rille. We really don't know right now. The best way to find out would be to place astronauts in the area to conduct field studies. In the mean time scientists can use LROC and LOLA data to compare rilles across the Moon and better our understanding of rille formation. 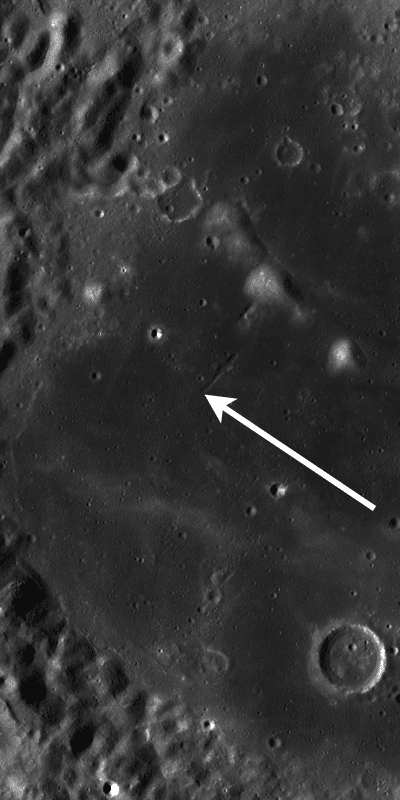 Related Posts
Terraced Craters in Aitken Crater
Exposed Boulders in the Aitken Mare
Posted by Joel Raupe at 3:16 AM