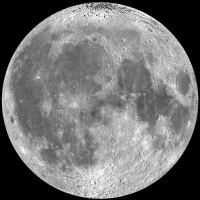 Today's Featured Image highlights a portion of an unnamed linear fissure located along the eastern edge of Mare Insularum, near the mare/highland boundary.

The width of this fissure varies from about 1.5 to 2 km, its  length is about 90 km, and it extends in the northwest-southeast direction.

On this slope, there is a high reflectance area with sinuous boundaries. This unit is hard to interpret in terms of what is on top and what is below, stratigraphically. The sunlight is from left side, highlighting what appears as a slightly raised boundary between the two units (arrows). Elsewhere it looks as if the high reflectance material overlies the lower reflectance material. Which unit is younger? Try counting craters between the two, but be careful, if the units have different hardnesses, then the more coherent unit may preserve craters better.

I'm Impressed from your post because i wasn't have any knowledge about it which you shared over here.
west london electrician services