LROC: Layering in Messier A 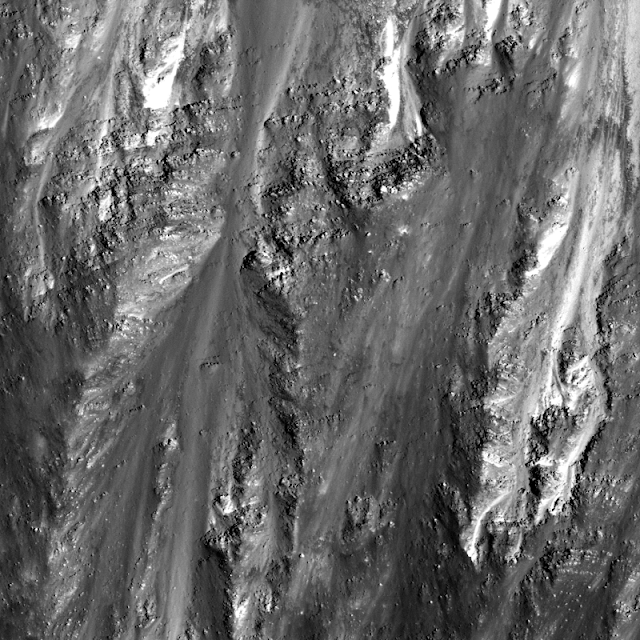 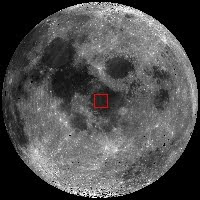 
Like sand sifted through the fingers of a giant, loose debris beautifully ornaments the slopes of the Messier A crater walls. Outcropping bedrock projections stand in relief against avalanches that once flowed on either slide. Take a closer look at the outcrops in the expanded view of this image and you will see fine layering! This is yet another region of mare deposit where we see evidence for multiple, thin lava flows, now exposed in cross-section by the excavations of an impact. This fine layering is a surprise to planetary scientists - one of the many revelations about the Moon made with NAC-scale imaging.

This particular area may have captured your eye if you have ever looked at the Moon through a backyard telescope. It is visible beginning with the waxing crescent phase, and remains so until a couple days past full. Named after the 18th Century French amateur astronomer, Messier crater is located in Mare Fecunditatis (the Sea of Fertility). Its peculiar "comet-like" appearance is still somewhat mysterious to planetary scientists, but seems to have involved a complex interplay between more than one impacting object with at least one of them impacting at a highly oblique angle. The impact(s) excavated mare materials and spread them out as an extended pair of rays that stretch to the west, looking very comet-like indeed through the telescope eyepiece. 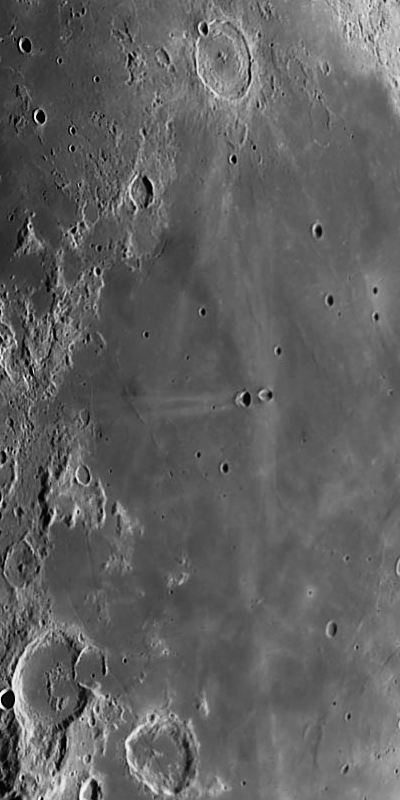 The Messier A crater region as seen through an amateur telescope of moderate power, five nights after New Moon. The unusual oblong shape of Messier, the double impact and westerly direction of the bright rays extending from Messier A seem to point to a very steep and oblique impact. 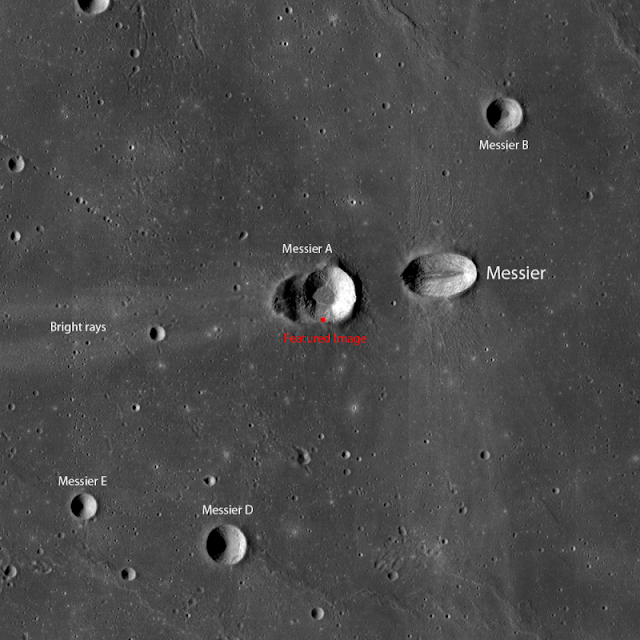 
Explore the full NAC frame here. What other features can you find? Additional examples of mare layering can be found. Look for layering in the flows of Bessel crater, Linne crater and in the walls of pit craters. 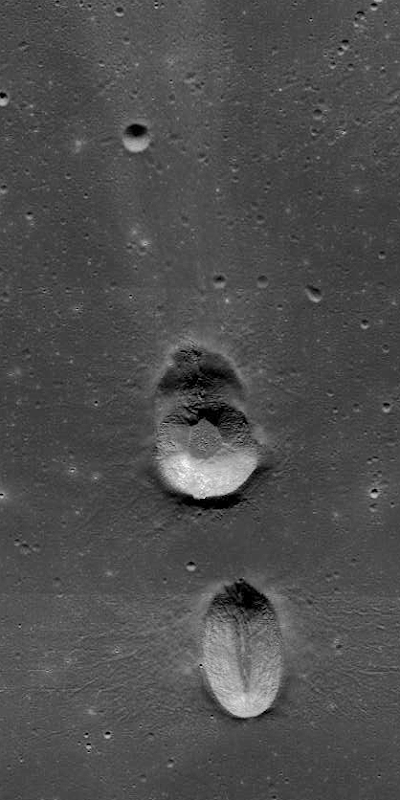 A slightly different angle on the LROC WAC Global Mosaic, and take, on Messier and Messier A with west at the top reveals to the eye the distinct texture of impact melt on the floor of Messier A and the landslide region on the crater's south interior wall (to the left). Through the NAC close-up (below) the impact melt appears to harbor more than one collapse pit [NASA/GSFC/Arizona State University]. 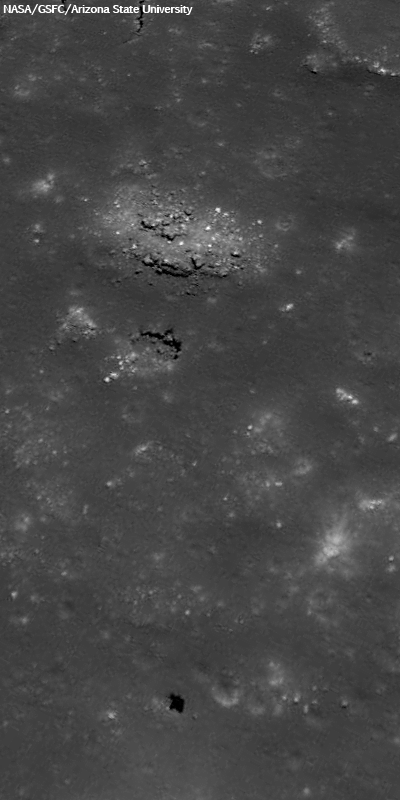 Scattered among the debris on the impact melt covering the floor of Messier A are more than a few collapse pits, to the northeast of the location of the LROC Featured Image for July 19, 2011 [NASA/GSFC/Arizona State University].
Posted by Joel Raupe at 12:11 AM